Chandigarh: Former Punjab police chief KPS Gill was so infamous for commanding blatant human rights abuses in Punjab that he is remembered as the ‘Butcher of Punjab’ in people’s memory.

KPS Gill was the face of Indian state’s terror regime that had unleashed the region of terror on civilian Sikh population of Punjab in early to mid-1990s. 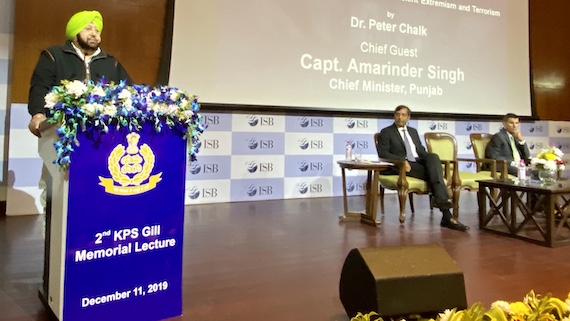 According to a written release issued by the Punjab Chief Minister’s Office, this was second memorial lecture in the ‘memory’ of KPS Gill.

Advocate Simranjit Singh maintained that more than hundred Sikhs were rounded up by the police to prevent any sort of democratic protest against holding KPS Gill event.