Bargarhi (Faridkot): Dal Khalsa today blamed the Punjab government for affording an escape route for the high-ranking accused police officials as well as the then political leadership. The Sikh group said that the state government is playing games for impunity to police and political camaraderie.

Taking a jibe at Amarinder Singh, Dal Khalsa spokesman Kanwarpal Singh said the relief granted to former DGP Sumedh Saini by Punjab and Haryana High Court is not only relief to him but to the Chief Minister also. 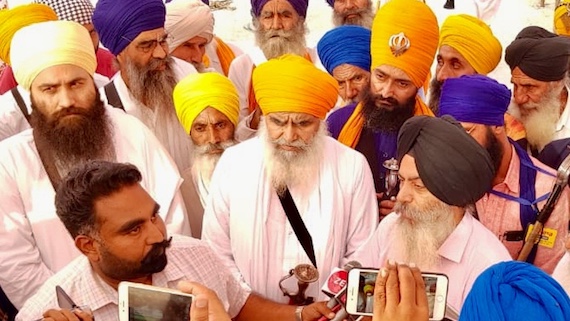 He said there was a clear indication that the Amarinder Singh-led Congress government will not do anything. It created the hype of action against the erring police officials, without doing anything, thus affording an opportunity to them to get judicial relief.

Supporting the three demands of the Barghari Morcha wholeheartedly, we give a clarion call to people to reach Bargarhi on 14. We are hopeful that the mammoth pull of 7 October at Bargari is likely to be repeated on the third anniversary of the police firing on 14 October.

The determination of the Morcha leaders to take the struggle to its logical conclusion will prove a game-changer in the politics of Punjab.