Chandigarh: Some cabinet ministers of the Congress government continue to pay their lip service to Justice Ranjit Singh Commission’s report on cases related to beadbi of Guru Granth Sahib and police firing at Kotkapura and Behbal Kalan in 2015.

Addressing a press conference Navjot Singh Sidhu said that the police had not given CCTV footage related to Kotkapura incident to Justice Zora Singh Commission that was appointed by previous SAD (Badal)-BJP government in 2015. 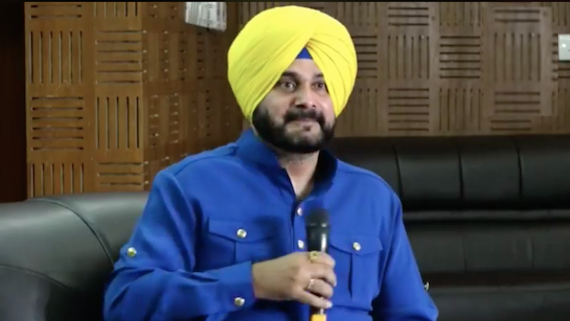 He said that the police had taken a false plea that the CCTV placed at Battian Wala Chowk in Kotkapura were destroyed. But Justice Ranjit Singh Commission, that was appointed by the Congress government in 2017, had procured the footage of four such CCTV cameras which show that the police used excessive force against the Sikh sangat that was holding a peaceful demonstration.

He said that the commission has recorded witness that after talking to the Punjab CM in wee hours on October 14, 2015 the then DGP Sumedh Saini had instructed the police to get the place protest cleared in “10 minutes”. During his press conference he read excerpts from Justice Ranjit Singh Commission’s report.

He said that on the basis of available proofs a criminal case needs to be registered against Pakash Singh Badal and Sukhbir Singh Badal.

It is notable that some ministers of Punjab are expressing tough gesture on this issue demanding strict action as per recommendations of Justice Ranjit Singh Commission’s report but the factual situation is that their government has failed to take any concrete step in this regard.

First part of the report was handed over by Justice (Retd.) Ranjit Singh to Punjab CM Capt. Amarinder Singh on June 30. Justice Ranjit Singh handed over a supplementary report this first part along with remaining parts of the report to the Punjab CM on July 30. The report was tabled in Punjab state assembly on August 27 and it was debated in the assembly on August 28. The Punjab government, through minister Tript Rajinder Singh Bajwa, moved a resolution to withdraw the investigation of concerned cases from the CBI and form a Special Investigation Team (SIT) of Punjab police to carryout that investigation. Besides this the government has issued show cause notice to some police officials and names of some low-rank police officials are included in a FIR registered in relation to police firing at Behbal Kalan. None of these steps indicate the strictness of action which appear in lip service that is being offered by Ministers Tript Rajinder Singh Bajwa, Sukhjinder Singh Randhawa and Navjot Singh Sidhu.

⊕RECOMMENDED FOR READING: 103 SECONDS INTERACTION ON BEADBI ISSUE TELLS IT ALL