Chandigarh: The Punjab police is reportedly verifying the legality of DIG Gurinder Dhillon’s controversial orders reinstating murder convict former inspector Gurmeet Pinky into the police force. Gurmeet Pinky was convicted to imprisonment for life in 2006 in Avtar Singh Gola’s murder (2001) case. He was released prematurely by Punjab government in May 2014. 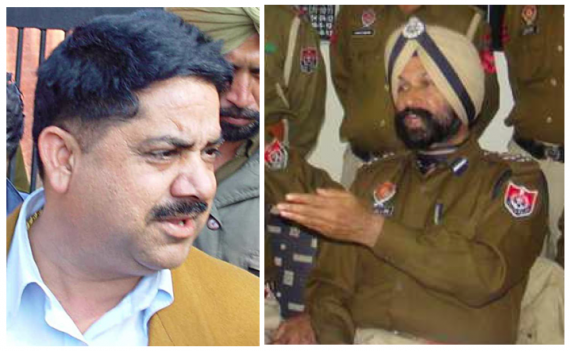 As per sources Gurmeet Pinky had applied for reinstatement in November 2014 and in mid of May 2015 a Punjab police DIG Gurinder Dhillon passed a detailed order for reinstating him. DIG had justified the reinstatement of cat Gurmeet Pinky saying that it was a special case. DIG Dhillon’s order was revoked by IG Jalandhar, Lok Nath Angra who termed it mala fide illegal.

Now Punjab police sources say that the police administration is looking into the legality of DIG’s orders and the police can take a serious action against DIG if the legal department finds that his order was in violation of rules.

DIG Gurinder Dillon had referred to the decision of an Indian court while maintaining that his decision was made on the basis of court judgement and interpretation of the Punjab police rules.

Internal tussle of the Punjab police is said to be behind the controversy in this case as there are many police officers who were re-inducted into the police force after convictions.Gurmeet Pinky in a recent TV interview said that life term convicts of Tiljala case (murder of Bhai Lachhman Singh alias Bashir Mohammad and his wife) are currently working on top posts of Punjab police. Such reinstatements were considered to be part of Indian state’s policy to accommodate cops who had worked as tools of state terror against Sikh freedom fighters in 1980s-90s.

Meanwhile, Gurmeet Pinky has moved to Punjab and Haryana High Court challenging revocation of his reinstatement in the police force.