Chandigarh: In yet another discriminatory step against the Punjabi language by the Central government, the Ministry of Languages -an entity of the union home ministry, has reportedly issued a circular stating that all the administrative works being carried out by the Punjab & Sindh Bank branches from now on will be done in Hindi instead of Punjabi.

A news reported by the Global Punjab TV states that the Punjab & Sindh Bank has decided to implement the central government’s directions in this regard. It would lead to ouster of Punjabi language from the working of the bank and the Hindi language would replace Punjabi in this regard.

On the one hand  the younger generation of the state is being saffronized through the propagation of Hindi by enforcing three language policy in schools and colleges and this partisan attitude towards Hindi by the Indian state can be viewed as a reckoning attempt to discourage the growth and promotion of Punjabi and other regional languages of the Sub-Continent. 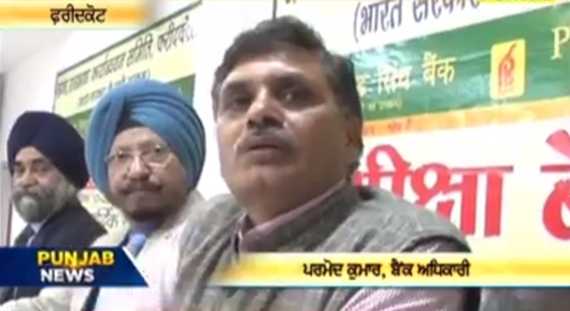 It is intriguing to note that the Indian Sub Continent being a multi-national, multi-ethnic, multi-lingual and multi-cultural country does not have any single “national language” of its own and all the different nationalities, tribes  or groups residing in this sub continent has mother (First) language of their own. Attempts to impose Hindi language on these groups aims to subdue their distinct identity and achieve unitarian language system through Hindi at the cost of linguistic diversity of the region.