Chandigarh: Final results of elections for Students Council of the Punjab University (Chandigarh) were declared this evening. Kanupriya of Students For Society (SFS) was elected as president. She defeated her nearest rival, Ashish Rana of the Akhil Bharatiya Vidyarthi Parishad (ABVP)+SFPU+HAS alliance by a margin of 719 votes. 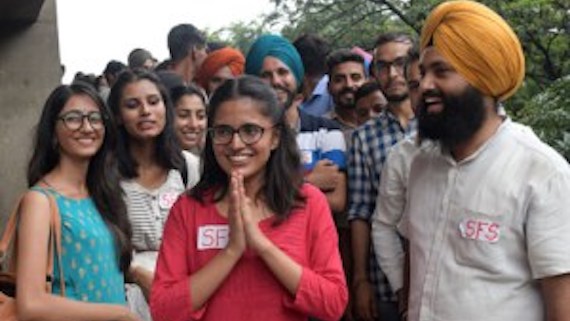 Around 50 per cent of the students cast their vote for the Panjab University Campus Students Council (PUCSC) elections held today. Six candidates were in fray for the presidential post, while seven candidates had contested for the post of the vice-president and four each for general secretary and joint secretary.