Canberra, Australia: As per media reports a number of Punjabi taxi owners and drivers in the capital city of Australia are planning to go on a strike on Wednesday (September 16) to protest the arrival of ride-sharing company “Uber” in the city.

“Anyone is welcome here, but we want to know how we will be looked after when they (Uber) do arrive,” The Canberra Times quoted the city’s Sikh Taxi Drivers Association chairman Jagjit Singh as saying. The strike is set to last between 8 am and 11 am across the Australian Capital Territory (ACT). 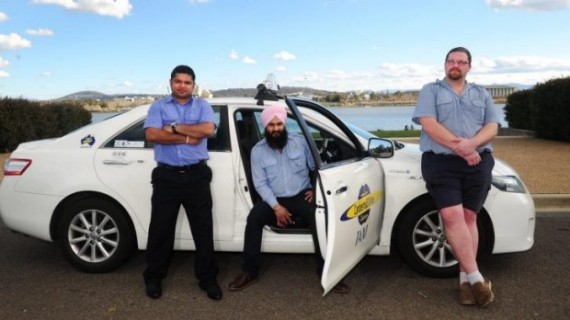 Jagjit Singh said that about 200 drivers were expected to participate in a peaceful protest at the ACT legislative assembly, subject to police approval.

“We are paying thousands in registration, insurance and other fees each month, and Uber drivers do not have to bear the burden of those costs. We do not think the public knows how much taxis have to pay,” he said.

One of the drivers participating in the strike, Gurkirpal Singh, said he was worried Uber would result in job losses. He has been driving taxis in the Australian Capital Territory for nine years.

According to the daily, Uber’s General Manager David Rohrsheim has claimed more than 3,000 Canberrans have applied to become partner drivers.