Rajasthan Court Sentences 8 Imprisonments for Life to Jagmohan Singh, Others in UAPA Case

Badmer, Rajasthan: It is learnt that a trial court in Badmer (Rajasthan) today sentenced one Jagmohan Singh and nine others to undergo eight counts of imprisonment for life in a UAPA case. The case was related to recovery of arms and explosives and the trial was held under various section of Unlawful Activities Prevention Act (UAPA) besides Arms Act, Explosives Act and Indian Penal Code. 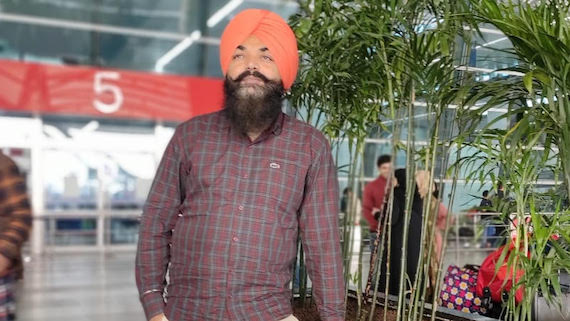 When contacted by Sikh Siyasat News (SSN) Advocate Jaspal Singh Manjhpur, who maintains the list of Sikh political prisoners, said that Jagmohan Singh was facing some cases in Punjab besides a case a Rajasthan. Jagmohan Singh, along with others, was acquitted in Rulda Singh case by a Patiala court in February 2015.

Advo. Jaspal Singh Manjhpur said that the present case was under trial in a Rajasthan court in which Jagmohan Singh along with 9 other have been sentenced to undergo eight counts of imprisonment for life under UAPA.

“As per details of the case, it was basically a case related to recovery of arms and explosives. There was no occurence in this case”, Advocate Jaspal Singh Manjhpur told SSN over phone.

“Jagmohan Singh was convicted under UAPA in a similar recovery case in Punjab but he was acquitted under UAPA by Punjab and Haryana High Court as there was no occurence in that case too”, added he.

“We shall study the trial court’s judgement and it will be challenged in the higher court” said Advo. Jaspal Singh Manjhpur while questioning the sentencing of Jagmohan Singh under UAPA in a “mere recovery” related case.

In its judgement the trial court noted that all sentences shall go concurrent. The court also noted the term of imprisonment for life as 14 years.