Rajasthan: Textbooks being changed as per Hindutva agenda

Rajasthan: Rajasthan’s Minister of State for Education has revealed plans of Hindutva outfits to implement their agenda through Education. Vasudev Devnani yesterday said that major changes are being made in Rajasthan’s school curriculum to ensure that “no one like Kanhaiya Kumar is born. 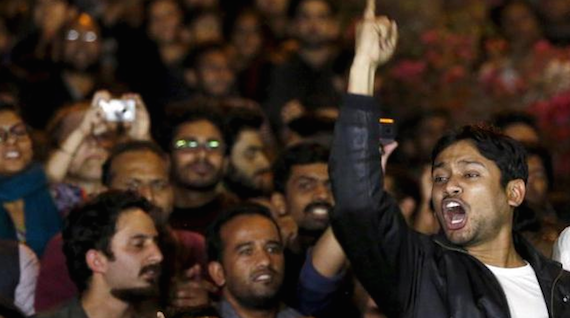 The State of Rajasthan is presently governed by Bhartiya Janta Panty (BJP), a right-wing Hindutva political outfit. Vasudev Devnani added that biographies of freedom fighters will be included in the textbooks.

“To inculcate the feeling of patriotism in students, major changes are being made in the curriculum,” the BJP government’s minister said in the assembly.

The Rajasthan minister said that many changes have already been done to the school curriculum in the state.

Earlier this week, the minister said the life stories of “Indian saints” will also be added in the new syllabus.

“Figures like Hemu Kalani, Maharaja Dahrsen, Saint Kanwar Ram and Swami Tauram have been added so that students can know about them”, Devnani said on Sunday.

Classics by these English writers and poets have been replaced.