Ram Jethmalani Quits As Kejriwal’s Counsel, Says He Lied To Me During Defamation Case Proceedings

While interacting with the media Ram Jethmalani said “I have quit the case of Arvind Kejriwal. He should release the letter, which I sent to him.” 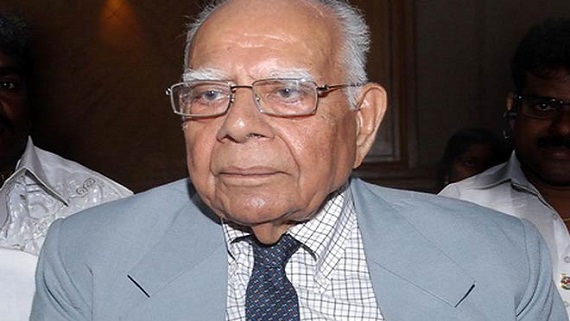 Furthermore, while giving out the reason for quitting he said that ”Kejriwal had ‘lied’ that he did not give him instructions on the case, but the fact was that he did.”

In his complaint, Arun Jaitley had accused Arvind Kejriwal and others of defaming him in a controversy regarding the DDCA and sought Rs 10 crore as damages. Arun Jaitley was president of the DDCA for over a decade, notes the The Tribune (TT).