Johannesburg: Rana Ayyub, an investigative journalist and writer received Citation of Excellence in the 2017 edition of the Global Shining Light Award for the brave and fearless reportage in her book, Gujarat Files: Anatomy of a Coverup. 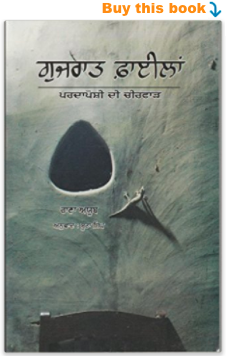 The Award is bestowed every two years for the ‘extraordinary investigative projects from around the world’ and ‘honors investigative journalism in developing or transitioning countries, done under threat, duress or under dire conditions’.

Rana received this award of excellence for her undercover investigation revealing state’s top officials’ complicity during the 2002 Gujarat genocide of muslim minority population.

By posing as Maithili Tyagi, a US based film-maker and a student of American Film Institute and daughter of person subscribing to the Rashtriya Swayamsevak Sangh’s ideology, Rana Ayyub managed to get access to senior police officers, bureaucrats, and politicians in Gujarat. She even managed to meet Narendra Modi in her Maithili Tyagi disguise. Rana was wearing a concealed/spy camera and microphone during these meetings which enabled her to record her conversations.

The book “Gujarat Files: Anatomy of a Coverup” is based on these recorded conversations. The recordings were made in the years 2010 in a time frame spanning nine months. The entire exercise had been carried out on behalf of Tehelka for whom Rana was working at the time.

According to the organisers, this year’s award drew a record 211 submissions from 67 countries, more than double the number of entries in the previous GSL Award in 2015.

Hey India, guess what I just got you. The Global shining Light award for Gujarat files .In the presence of 1300 best investigative journalists and luminaries from across the globe. Thank you @gijn #gijn17 https://t.co/bVkatj56YO

“The judges were particularly impressed with the solo investigations that were conducted with minimal resources amid real threats and intimidation,” noted Sheila Coronel, Academic Affairs Dean of the Columbia University Graduate School of Journalism, one of the judges.

“By honoring the extraordinary work of these journalists at risk, we pay tribute to all the good work being done in so many places where courageous journalists keep the flame of watchdog reporting alive”, Sheila Coronel added.

“The competition this year was extraordinary,” notes David E. Kaplan, executive director of the Global Investigative Journalism Network, which sponsors the awards. “Despite the global backlash against quality journalism, this shows that investigative reporting is alive and well around the world.”

Emmanuel Maya from Nigeria and Iraq’s Assad Al Zalzali has jointly won the 2017 edition of Global Shining Light Award edition. The judges also honoured “Making a Killing” with Citation of Excellence for the joint investigation that exposed an arms pipeline between Central and Eastern Europe and the Middle East worth €1.2 billion; and ‘Inside the Massive Extrajudicial Killings in Nigeria’s South-East‘‎ along with “Gujarat Files: Anatomy of a Coverup”

Outlook magazine has listed Rana Ayyub’s investigation of Gujarat genocide of 2002 and its aftermath as one of the twenty greatest magazine stories in 2015. She also received Sanskriti award in 2011 for excellence in journalism.