Jalandhar: Terming the Modi dispensation as fascist, hundreds of Sikhs along with Ravidasia community participated in a protest in Jalandhar against the demolition of a temple of Ravidas located in the national capital’s Tughlakabad area.

Earlier this month, the Delhi Development Authority had demolished the temple following a Supreme Court order. 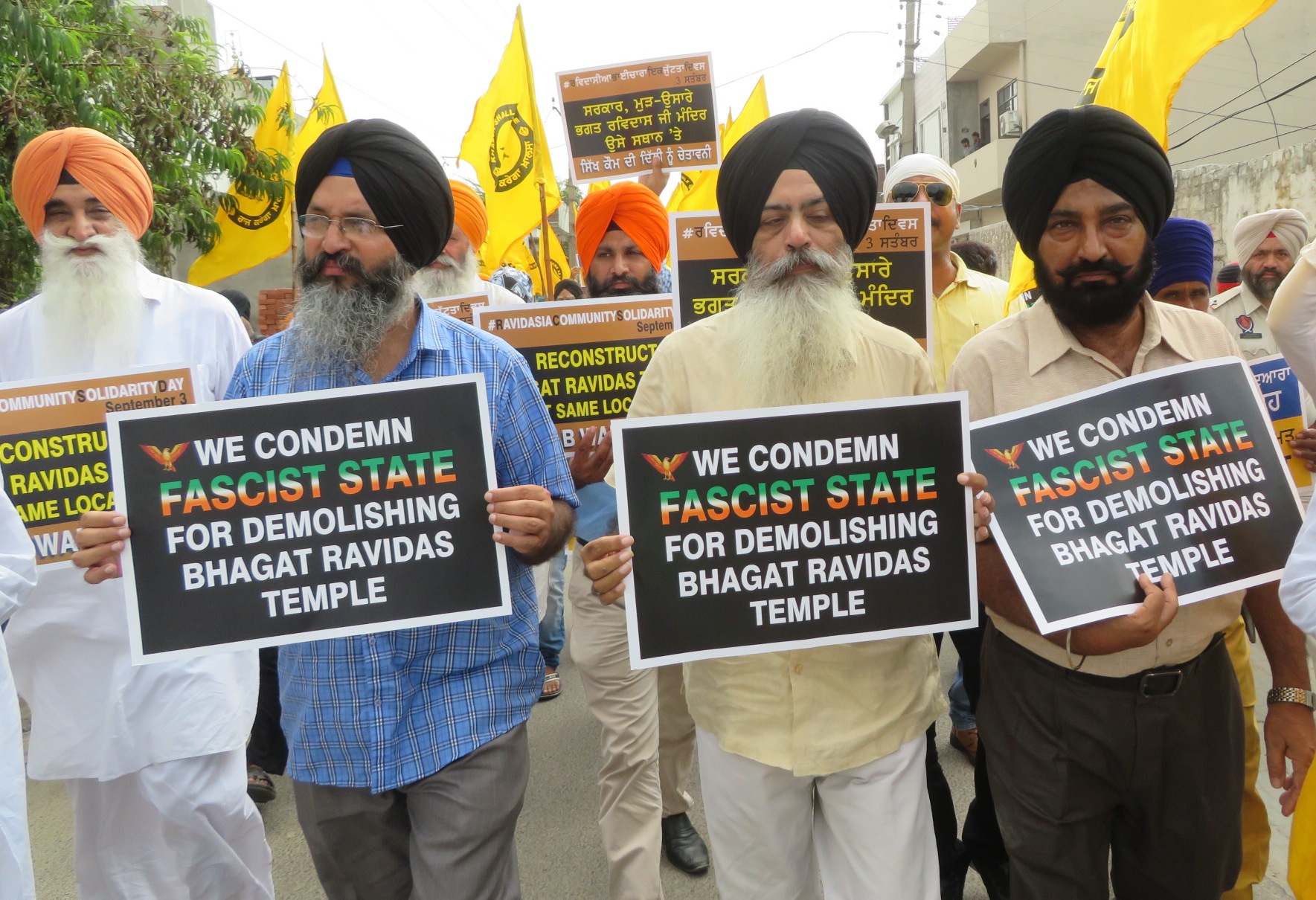 The protesters had asked the government to rebuild the temple on its original spot—at earliest failing they would be left with no option but to launch agitation against the government. They chanted sloagns “Mandir wahin banega”—we will construct the temple there itself—as they marched on the streets of industrial town, which has sizeable Dalit population. 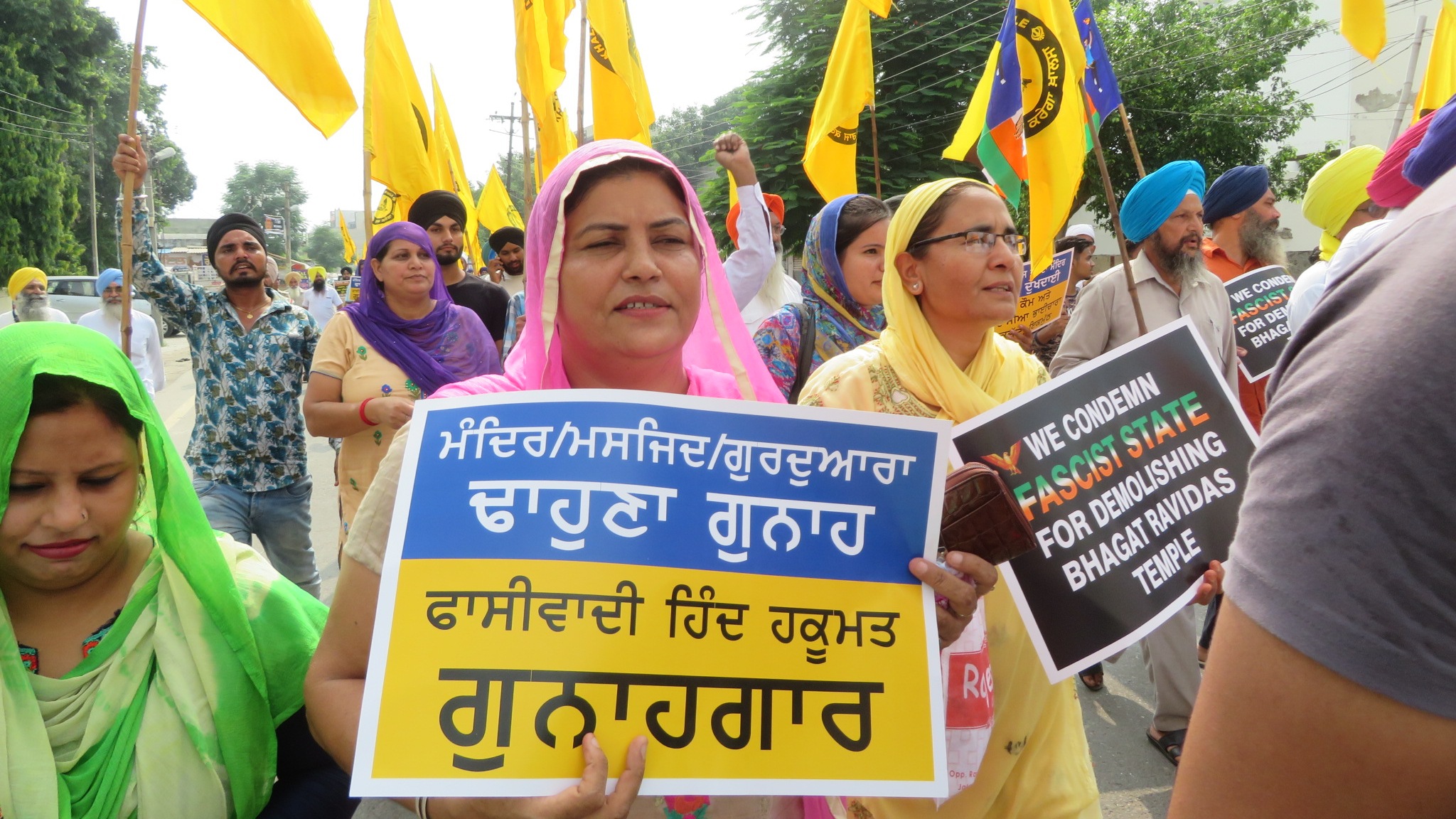 The organizers of the protest were categorically clear that like Sikhs and Kashmiris, the Dalits were also facing identity crisis. Like Sikhs, the identity of Kashmiris and Dalits were under attack by neo-nationalists having field day under Modi regime.

The aim of the march was to express solidarity with Ravidas community and send a stern warning to Delhi government to reconstruct the temple at same spot, said veteran Akali leader Simranjit Singh Mann, who was leading the protesters. In an aggressive tone and tenor, he said the Modi government has unleashed the reign of terror on Kashmiri people on one side and Ravidasia community on other. 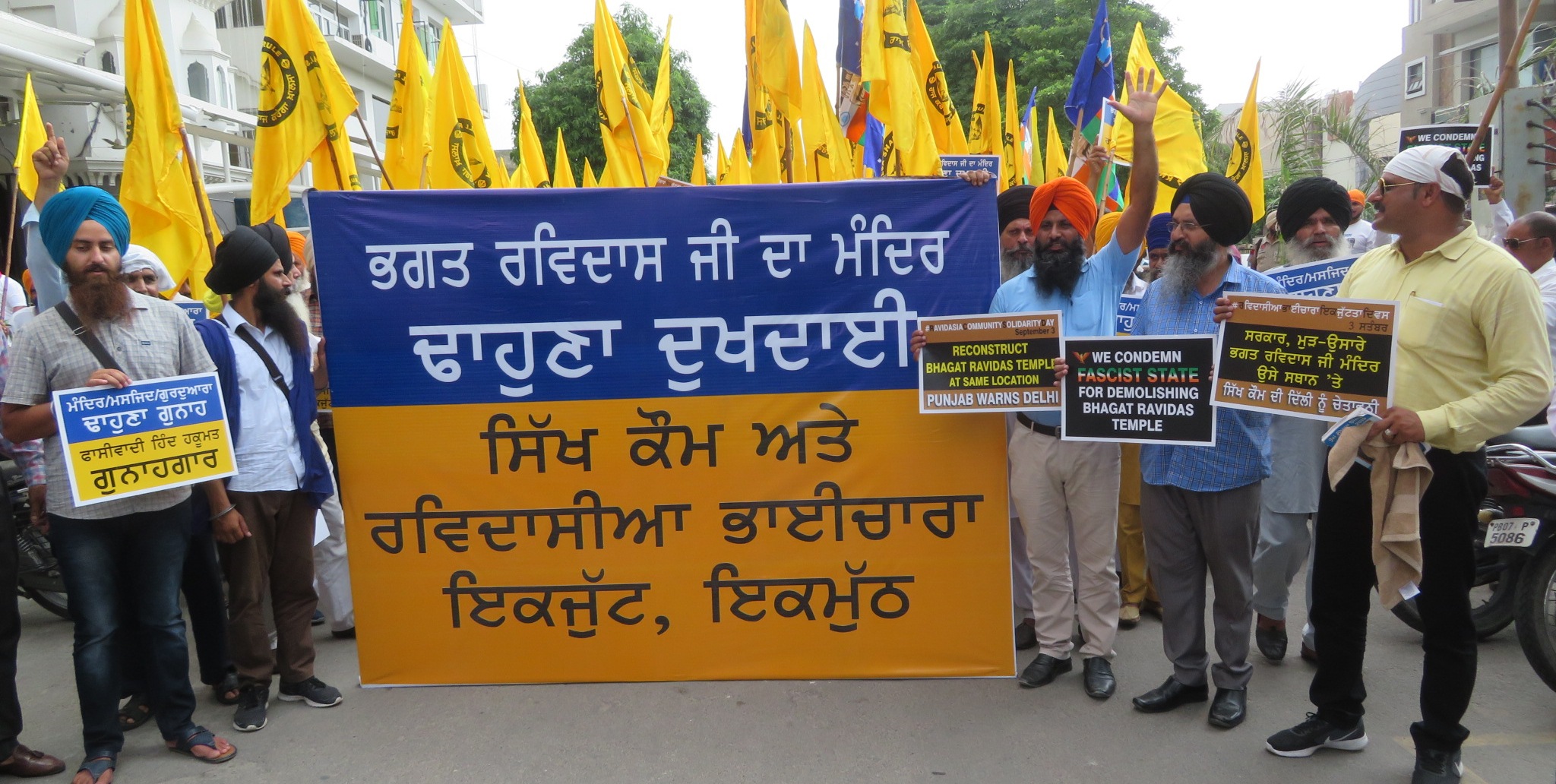 Calling New Delhi the common oppressor, Dal Khalsa spokesman Kanwar Pal Singh said, the Sikhs of Punjab, stand with the oppressed communities as we too were facing Delhi’s oppression since 80’s.

Gurdeep Singh Bhatinda leader of UAD said “We are hurt and pained to see the insensitivity shown by the government in demolishing the temple, as it has deeply hurt the sentiments and emotions of tens of thousands of followers and disciples of Bhagat Ravidas.

The protesters were carrying placards on which it was written that the state demolishing religious places (Mandir, Masjid, Gurdwara) is a sin. Sikh protesters were chanting slogans “Down with fascism”, “Demolition of place of worship painful and hurtful” and “We Stand with Ravidas community”. 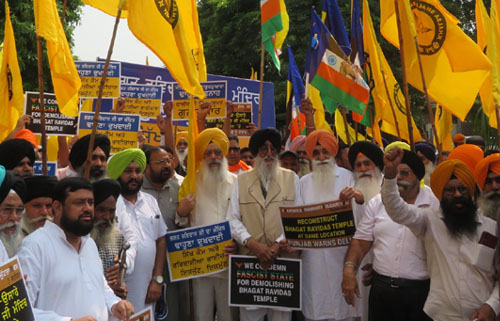 Sikh youth activists led by SYP president Paramjit Singh Mand and Bhaujan Mukti Morcha led by Rajinder Rana were holding flags of each other communities to present the picture of unity.

Earlier, the organizers held a convention at local Gurdwara, where speakers condemned the state for razing the temple and treating the Ravidas community as slaves. In a strong worded resolution, the gathering vowed to fight for the cause and take the temple issue to its logical conclusion.