Just held 2017 Punjab assembly election has not proved a different game from what RSS brand nationalism played on the demographically polarized chessboard of other northern Indian states that went to polls simultaneously. Much expected political change could not take place even as new entrant – Aam Aadmi Party (AAP) made its assertive debut in Punjab breaking the binary of traditional parties—Akali-BJP combine versus Congress—which have been contesting against each other in past several elections and ruling alternatively.

Paradoxically, the AAP which successfully whipped up a wave in its favor, ended up in creating an unprecedented swing in votes for Congress which romped home with 77 out of 117 assembly seats beating all its previous records since 1957.

As earlier, the identity politics was also at play in electoral process in Punjab. And the contesting political parties play up to the fullest these identities which also included ‘deras’ (religious sects) of various denominations. Traditional contestants applied almost same tactics in Punjab as the BJP did in playing up the Hindu communal identity in Uttar Pradesh against the sizeable ‘Muslim Other’ present there and earned rich electoral dividends.

Past experience shows that demographic fault lines existing in Punjab broadly in terms of Sikhs and Hindu population segments, invariably, display their ‘fixed and permanent attitudes’ in the electoral contests .On all sensitive regional political issues in the past, which have pitted Punjab against New Delhi, majority of the Hindu urban population has sided with the latter, openly hailing the nationalistic agenda. At various occasions, this became the cause of an open conflict, assuming the proportion of ‘the Hindu nationalism confronting the Sikh nationalism’. And politicking on this divide had peaked during regime of Indira Gandhi in 1980s. 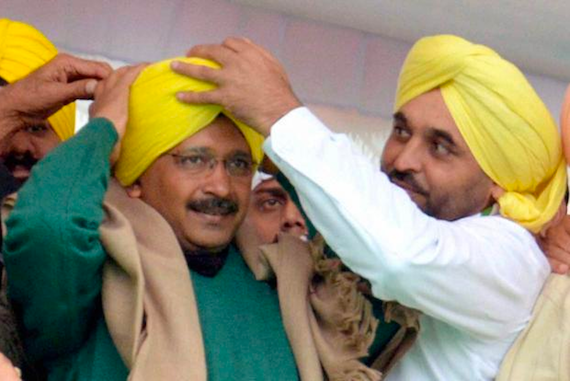 Referring to such communal attitudes in operation, Dr B R Ambedkar rightly pointed out in 1950s that India had achieved ‘a communal democracy, not a political one’. “There is difference between communal majority and political majority” as the latter is not “fixed and a permanent majority; it is always made, unmade and remade. Communal majority is permanent and fixed in its attitudes” Baba Saheb Ambedkar averred .

In this election, the communal fault line in Punjab greatly benefited Congress as urban Hindus jealously but silently voted for the national party perceiving that AAP had aligned with a section of Sikhs pursing militant regional agenda in opposition to the Badals openly toeing BJP’s nationalistic polity.

Their perception got hardened when hundreds of activists from the Sikh Diaspora descended in Punjab and extended emotional and material support to AAP. A sizable section of the village youth along with a vocal section of the rural Sikhs, particularly in southern parts of Punjab lined up behind AAP claiming to be fighting for a ‘ pro-people and clean governance’. All that virtually created an euphoria in favor of AAP and political pundits anticipated AAP’s sweep the assembly polls.

A strong resentment to the level of hate was prevailing against ‘autocratic, corrupt and misrule’ of the Akali-BJP headed by Badals. It had facilitated entry of AAP in Punjab two years earlier in Lok Sabha elections of 2014. And Punjab became one and only one state that gave four MPs to the party.

Emboldened by those developments, AAP chief Arvind Kejriwal launched the election campaign for assembly polls in Punjab much in advance to the other parties. He ignited a hope among the Sikhs that his party could help them earn a ‘political space’ in Punjab which Badals had squandered to the BJP in their pursuit to remain in power. Even hardliner Sikhs came in support of Kejriwal expecting AAP’s help in ‘freeing and insulating ’ the Sikh religious institutions against the ‘prowling Hindutva’ out to influence the minority in a big way. They have been accusing the Badals who are having unconditional alliance with the BJP, of facilitating the ‘Hinduisation of Sikh religion’.

The Sikhs were already upset and resentful over incidents of sacrilege of their religious scripture that took place in 2015 and the ruling Badals’ failure to apprehend and punish the guilty. A good section of Sikhs, rather, believed that the Badals were behind the incidents of sacrilege and using the religious institutions for their political maneuvering. Along with the Sikhs’ anger against the Badals raging high on this count, the latter’s ‘autocratic rule, corrupt and monopolistic business deals and patronizing of drug-dealers also made them highly unpopular among the people.

On other hand, a sizeable section of the Sikhs is still nursing resentment against Congress for its role during army attack on the Golden Temple Complex and the massacre of the Sikhs in November 1984. Congress leader Capt Amrinder Singh, though stood for Punjab demands including preserving of river waters for the state and promising eradication of corruption and cleaning the state of drug-dealers network, but he could not dissociate completely from the anti-Sikh role of his party. The past role of his party has brought Capt Singh in direct confrontation with the Diaspora Sikhs who have been campaigning for action against Congress bigwigs for their ‘misdeeds in 1984’.

For drawing maximum support of the Sikhs, Kejriwal emerged as common political enemy for both- Badals and Capt Singh. And they were looking for an opportunity to pin him down. Both parties propagated that NRI Sikhs, working as volunteers for AAP’ are, in fact, acting as ‘spoiler of hard-earned peace’ in Punjab. And both parties blew out of proportion Kejriwal’s meeting with hardliner Sikhs and his night’s stay of at a house in Moga which was once inhibited by a former Sikh militant who had migrated abroad 20 years ago. The car blast, occurring only five days before the polling date which killed five persons at Maur Mandi falling in Kejriwal’s support-base area, queered the pitch for AAP.

All this came handy to the media in building up a strong narrative few days before the polling that AAP’s victory might facilitate the return of old ‘black days of Sikh militancy in Punjab’. Besides that, RSS and the BJP were said to have issued instructions to its cadre and workers to vote for Congress to defeat Kejriwal, a potent threat to the BJP as he is planning to spread his tentacle even in Gujarat. 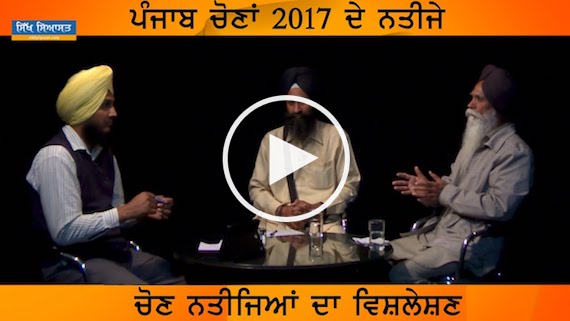 Congress, thus, got unexpected support from the majority of urban Hindus, comprising one-third of the state’s population, besides attracting a sizeable section of the elite Sikhs who anticipated better business atmosphere and stability in the Capt Singh’s regime. Otherwise, Congress, presently on the decline, could not be expected to spring miracle in Punjab as wrangling within party ranks had much delayed the announcement of candidates for the election. Congress high command after announcing first list of its candidates, held up the release of second one waiting clearance after the return of Rahul Gandhi from abroad.

In the changed scenario, AAP could hardly manage its earlier vote share of 24 per cent it had earned in 2014 Parliamentary polls and won 22 seats in alliance with the Bains brothers (with two seats) to become the opposition party in the assembly as Akalis-BJP alliance trailed behind with 18 seats. AAP with 9 Dalit and 4 OBC MLAs has, undoubtedly, dented the rural base of the Akalis whose vote share came down from 34.7 in 2012 to 25 per cent now. And Congress also lost its vote share by 1.5 per cent reaching at 38.5 per cent.

The Sikhs and Hindus, the two main population groupings in Punjab are not mere distinct religious entities to be overlapped by the cultural and linguistic commonalty in a Punjabi society rather they form different political identities having a long history of conflict which erupted into open confrontation at various occasions. Right from the emergence of Arya Samaj in Punjab in 1870s , the communal divide had come to stay in Punjab but with the exit of a ‘Muslim factor’ after Partition of 1947, the two-tier divide continuing to shape political perspectives of both the Hindus and Sikhs. The Punjabi Hindus nurturing pan-India Hindu identity with strong nationalistic propensity, invariably, differed with the Sikhs who, too, are imbued with intense sense of regionalism and nationalism of their own. The two segments have always remained engaged in some sort of confrontation on social, cultural and other planes which often tended to become intense. This fault line, thus, gets accentuated at the play of power politics and that keeps the Punjab cauldron boiling.

In the unexpected defeat of AAP, the Sikhs in villages particularly Diaspora Sikhs seem to be much disappointed and Congress, wedded to traditional type of governance, is also treading warily and avoiding the display of over-exuberance on its landslide victory.