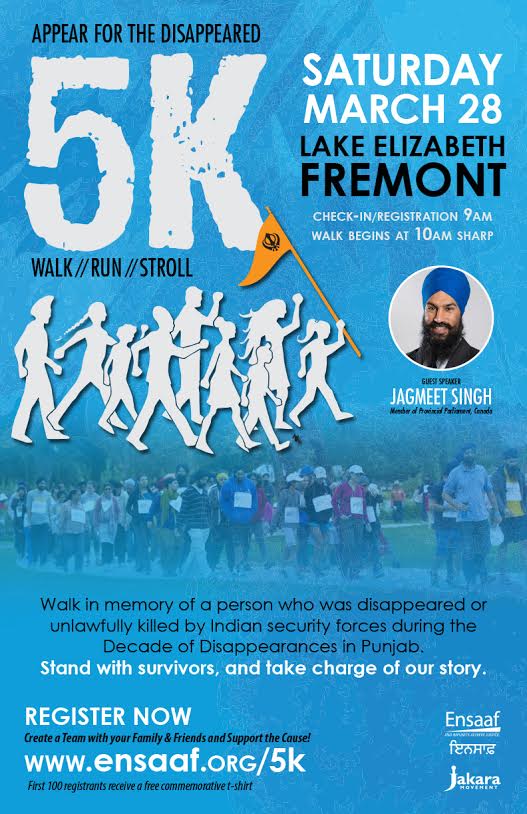 “This year’s guest speaker will be Jagmeet Singh, MPP, Canada. Jagmeet Singh spearheaded the resolution by the New Democratic Party recognizing Jaswant Singh Khalra as an important human rights defender, and recommitting “to the pursuit of justice and transparency.” The Indian government later denied him a visa to India”, read a release issued by Ensaaf.

“At our annual Appear for the Disappeared Walk, members of the community will gather together to commemorate those who were disappeared in Punjab by Indian Security Forces during the Decade of Disappearances (1984 — 1995). Stand with survivors, and take charge of our story. We hope that you will join us again this year to pay tribute to the disappeared”, the release reads further.

Ensaaf and Jakara Movement have appealed to the people to register by donating $25.00.