New Delhi:  Responding to reports that Bangladeshi-origin writer Taslima Nasrin had been sent back from the Aurangabad airport following protests against her, Asmita Basu, Programmes Director at Amnesty International India, said.

“Stopping Taslima Nasreen from visiting Aurangabad simply because a political party didn’t want her there marks a worrying capitulation by Maharashtra authorities to the threat of violence.

“The state police must protect the right to freedom of movement, not allow hardline groups to decide where individuals can go based on their likes and dislikes.

“State governments should not allow basic rights to be held ransom so easily. Any restrictions on freedom of movement should be necessary and proportionate to meet legitimate objectives.” 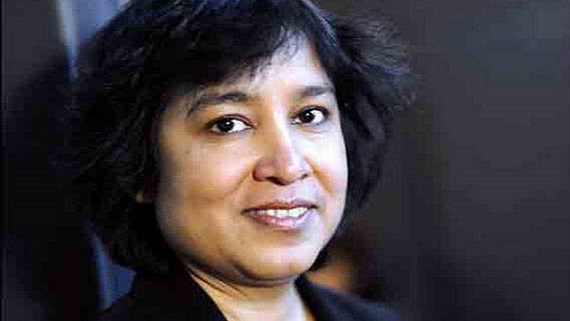 A legislator from the All India Majlis-e-Ittehadul Muslimeen political party said that he had asked authorities to prevent Taslima Nasrin from entering Aurangabad as a tourist because he feared a ‘law and order problem’. He said, “She writes against the Prophet and Islam. Youths cannot stand her and as a responsible legislator, I ensured she is sent back.”

A former physician, Taslima Nasrin has lived in self-imposed exile from Bangladesh since 1993, when her book Lajja was published and she began to receive threats from hardline Muslim groups. She is currently a Swedish citizen and has lived in India since 2004.