Amritsar: A senior leader of ruling Shiromani Akali Dal (Badal) reportedly snatched mic from a Dhadhi on Feb. 8 during a prachar session in front of the Akal Takhat Sahib.

According to media reports, Dhadhi Satnam Singh “Laalu Ghumman” was narrating the ‘prasang’ of Akali Phoola Singh and when he started comparison between present day ‘Akalis’ (a term also used to refer to Badal Dal leaders/activists) with the high character of Akali Phoola Singh SAD ex-minister Sucha Singh Langah ordered his men to interrupt the Dhadhi. Daily Ajit, a Punjabi vernacular, notes that Sucha Singh Langah himself snatched mic from Dhadhi Satnam Singh . 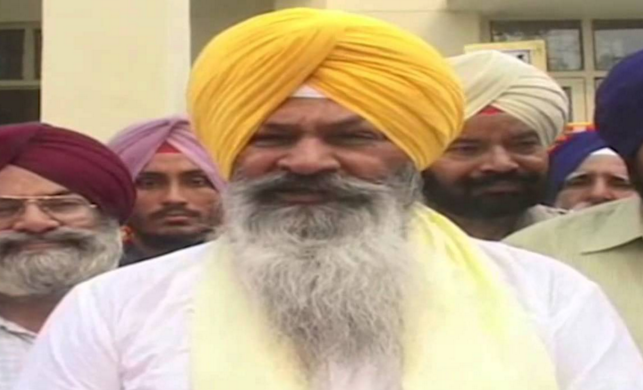 Sucha Singh Langah justified his action while arguing that the stage of Akal Takhat Sahib was being used to criticise the ruling SAD (Badal).

On the other hand Dhadi Satnam Singh said that the action of ‘Akali’ leader has endorsed the point he was trying to make out in his speech that the character of the present day (so-called) Akalis had largely degenerated.