Ottawa: The World Sikh Organization of Canada has welcomed the conviction of  Congress Party leader Sajjan Kumar by the Delhi High Court yesterday.

⊕ALSO READ : SAJJAN KUMAR SENTENCED TO IMPRISONMENT BUT RELIEF FOR HIM COMES WITH THE AWARD IF SENTENCE

Sajjan Kumar was sentenced to life in prison for crimes committed during the 1984 Sikh Genocide, specifically the killing of five Sikhs and the arson of a Delhi gurdwara. Ironically, Monday also saw the swearing-in of Kamal Nath as Chief Minister of Madhya Pradesh. Nath is also accused of leading a mob that attacked a gurdwara and burnt several Sikhs alive in Delhi during the 1984 Sikh Genocide, notes WSO. 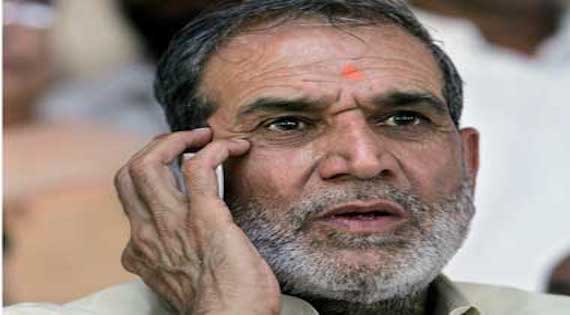 With respect to the planning of the killings, the court said, “A majority of the perpetrators of these horrific mass crimes, enjoyed political patronage and were aided by an indifferent law enforcement agency.”

WSO has noted in its statement that Sajjan Kumar’s conviction is the first conviction of a senior political leader in a case related with the 1984 Sikh Genocide.

“Ironically, senior Congress politician Kamal Nath, who was identified by numerous witnesses as having controlled a mob of 4,000 people that attacked Gurdwara Rakab Ganj and burnt several Sikhs alive, was also today sworn in as Chief Minister of Madhya Pradesh. Nath was selected by Congress leader Rahul Gandhi to serve in the role”, the statement reads further.

WSO President Mukhbir Singh said, “we have mixed feelings today as we see Sajjan Kumar found guilty for his role in the 1984 Sikh Genocide, but another accused perpetrator, Kamal Nath, sworn in as a chief minister on the same day. It is has taken almost 35 years to secure Kumar’s conviction and the struggle for justice is still not over as he has vowed to appeal his conviction to the Supreme Court- a process that could take years. Today’s conviction is a testament to the tireless efforts of Harvinder Singh Phoolka who has pursued the Sikh genocide cases for years, against almost insurmountable odds. Kumar’s conviction is a first step that has to be followed up by many others. The Delhi High Court in its judgment has noted that neither crimes against humanity nor genocide are part of India’s domestic law of crime and this is a loophole that needs to be addressed immediately.”