Chandigarh: After the political turmoil over the report of Justice Ranjit Singh Commission of Inquiry, another probe, Justice Gurnam Singh Commission of Inquiry in Nakodar firing in 1986 has surfaced to haunt the Shiromani Akali Dal (Badal). Punjab Unit of the Aam Aadmi Party (AAP) has demanded that an Special Investigation Team be formed, Justice Gurnam Singh Commission Report tabled along with Action Taken Report in the next session of Vidhan Sabha and apology tendered to the families of the victims who were killed in police firing in Nakodar 31 years ago. 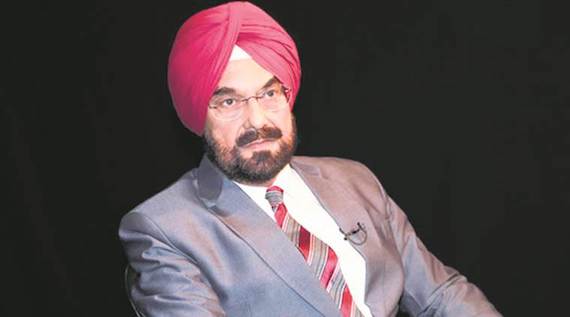 Spokesperson for AAP, Kanwar Sandhu, who is an MLA from Kharar, has written a letter to the Punjab Chief Minister, Captain Amarinder Singh in this connection and demanded, among other things, adequate compensation to the aggrieved families. He also also attached copies of a newspaper report filed by him in March 1987, which was based on the findings of the Justice Gurnam Singh Commission of Inquiry. Sandhu has been a journalist before joining AAP. He had briefly made a mention of this incident in the Vidhan Sabha during the discussion on religious sacrilege incidents on August 28 this year.

The Report was never made public and families of the victims await justice even after 31 years.

The incident in Nakodar was triggered by burning of the holy “saroops” of the Guru Granth Sahib in a gurdwara on February 2, 1986. According to the Commission’s report (as reported by Sandhu), “the firing was ordered when the mob simply proceeded to the gurdwara for “darshan” of the holy burnt saroops.” Commission held that the “firing was aimed to kill”. The Commission held that the firing in which four persons were killed and eight injured was “avoidable and not justified”. The four who were killed were Ravinder Singh Littran, Jhilman Singh Gorsian, Baldhir (or Balbir) Singh Ramgarh, and Harminder Singh Chalupur. Sandhu has informed the CM that the Commission submitted its Report on October 31, 1986. However, the Report was not laid before the Vidhan Sabha by the Barnala Government, which was dismissed on May 11, 1987 and President’s Rule imposed.

In his letter to CM, Kanwar Sandhu has stated that for the firing and the overall incident, the Commission had indicted the then SP (Operations), A.K. Sharma, SSP, Izhar Alam (later DGP) and DC, Darbara Singh Guru (later PS to CM), besides the then SHO of the place, Jaskirat Singh. He has alleged that the the then Government did not act on the report due to the opinion of the Legal Remembrancer (LR), who stated that the “report was not binding” and that action on it would “demoralise the security forces.” Instead of being punished, officers like Izhar Alam and DS Guru were not only promoted to top positions but enjoyed political patronage of Badal regime. The Kharar MLA has told the CM that the Nakodar incident bears an uncanny resemblance to the 2015 incidents. In both cases, the firing was unprovoked and unjustified and action was not taken against the guilty on the ruse that the security forces would be demoralised. “Such arguments are fallacious and antithesis of the rule of law”, he has stated.