Chandigarh: Bapu Baldev Singh, father of Bhai Ravinder Singh Littran- who was among the four Sikh youths killed by the Punjab police during Saka Nakodar on 4 February, 1986 has filed a criminal petition in Punjab and Haryana High Court seeking the setting up of a SIT (Special Investigation Team), preferably of CBI, for investigation into killing of four Sikh youth after registering an FIR under Sections 302/307/34 IPC against then District Magistrate Darbara Singh Guru, SSP Mohd Izhar Alam, and  SP (Operations) Ashwani Kumar Sharma. The petition was preliminary heard by the HC Bench comprising Justice Mahabir Singh Sindhu on Friday (February 8).

In this petition Bapu Baldev Singh told the court that four Saroops of Guru Granth Sahib were burnt on 2 February 1986 in a Gurdwara Sahib at Nakodar, and a substantial number of enraged Sikhs were taking out a march in Nakodar on February 4, 1986, when the Police lead by Ashwani Kumar Sharma fired around three hundred rounds on them. 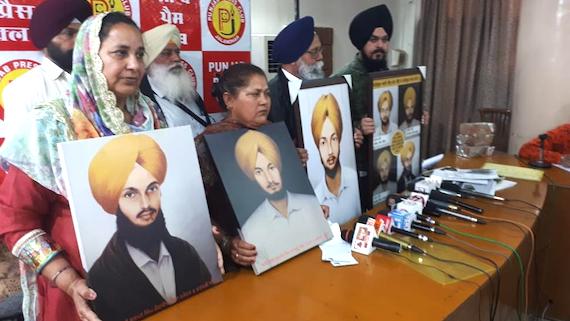 He said that the Police got permission from District Magistrate Darbara Singh Guru in writing for conducting postmortem of the dead bodies during night hours due to tense situation, where after they were cremated in a clandestine manner, without involving or informing their parents.

Next morning, the ashes of Bhai Ravinder Singh were offered to the petitioner, who declined to accept by recording his protest in writing that since the sons have been cremated without their consent, though parents were willing for joining cremation, therefore, he cannot accept ashes of his son. 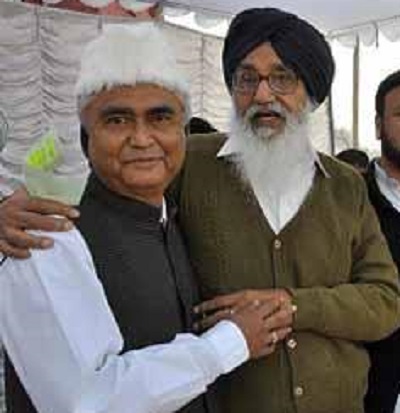 Bapu Baldev Singh told the court in his petition that the then State Government had appointed Justice Gurnam Singh Inquiry Commission, for inquiring into the matter, and submitting its findings, who submitted his report on 31 October 1986, but Government kept sitting on this report. Eventually, Inquiry report was placed on the table of Punjab Vidhan Sabha in January, 2001 in a clandestine manner, and petitioner did not even come to know of it.

The petition says that he got a copy of the inquiry report, through efforts of Kanwar Sandhu and H.S. Phoolka, MLAs, who raised questions in Punjab Vidhan Sabha on 13 February, 2019, and were informed by the Chief Minister that Inquiry Report stood laid on table of the House in January, 2001.

Petitioner has submitted that Judicial Inquiry Commission has severely indicted the three respondents. It has been concluded that before ordering firing on the mob, A.K. Sharma, did not seek permission from DM, Jallandhar, and did not even inform them, although both of them were sitting at a distance of one kilometre only at Nakodar itself.

The Sikh procession was not asked to disburse before firing on them, postmortem reports revealed that all the four youth were fired on chest or above. One was shot at the jaw. Police firing was “indiscriminate and ruthless”. Eight persons were injured, and most of them were found to have been fired on upper portions of their bodies.

The petitioner has compared this killing incident with Behbal Kalan firing, and has prayed that FIR under Sections Section  302/307/34 IPC is required to be registered against the respondents.

The Bench however, asked the counsel of the petitioner that Part-2 of the Commission’s report, which contains affidavits/evidences etc. be also placed on the record of the case.

The Counsel has also been directed to file additional affidavit of petitioner to make an averment as to whether the Vidhan Sabha had taken any decision on the recommendations made by the Inquiry Commission, and if so, what was the decision.

The petition shall now come up for further hearing before HC on 2 April 2019.