Jalandhar/Chandigarh: The families of four Sikh youth who were killed in police firing in Nakodar on 4 February 1986, have sent a memorandum to Punjab chief minister Amarinder Singh, asking him to form a special investigation team (SIT) to probe into the incident which took place during a protest over the beadbi of Saroops of Guru Granth Sahib in Nakodar. The memorandum has been sent to the CM through Jalandhar DC Varinder Kumar.

The families have requested the formation of an SIT which is similar to the one probing Bargari beadbi incident and Behbal Kalan firing. 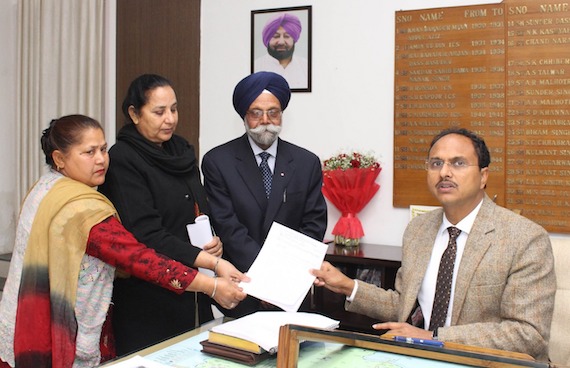 They said in the memorandum that even as report of Justice Gurnam Singh Commission, which was formed by the state government then, was presented by SAD (Badal) government in the state assembly in 2001, no action taken report was ever submitted which was necessary as per the law.

Bapu Baldev Singh, father of Bhai Ravinder Singh who was among the four Sikhs killed by police during Saka Nakodar, said that the victim families have struggled hard for past three decades and they still hope to see the justice done in their case. He called upon Punjab CM to shun impunity and bring the culprits of Saka Nakodar 1986 to justice.