Bengaluru/Chandigarh: “Amid the spread of Coronavirus (COVID-19), the Supreme Court of India’s order directing the arrest and imprisonment of two human rights defenders, Anand Teltumbde and Gautam Navlakha within a week, is disappointing. The order is also at odds with the court’s previous ruling where it directed the states to decongest the country’s overcrowded prisons to prevent the spread of the pandemic, thereby posing a risk to the health of the two activists”, said Amnesty International India today. 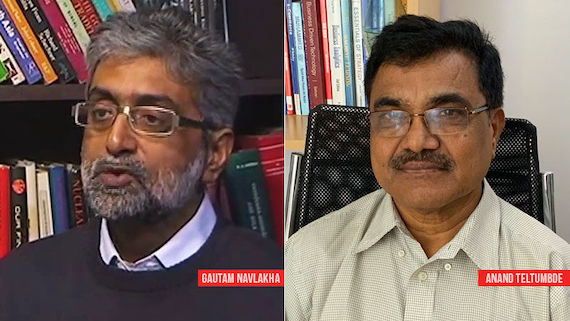 “On one hand, the court acknowledges that overcrowded prisons present a serious threat and recommends the release of prisoners during the pandemic and then it directs two activists who have been critical of the government to surrender before the police and to be sent to jail,” said Avinash Kumar, Executive Director, Amnesty International India.

“Gautam Navlakha and Anand Teltumbde have a history of working to protect the rights of some of India’s most marginalized people. They are to be arrested under a draconian counter-terrorism law that has repeatedly been used to silence government critics. Amnesty India believes that the impending arrests of the two, along with the arrests of the nine activists in the Bhima Koregaon case in 2018, are politically motivated actions that are aimed at chilling peaceful dissent. The Indian government seems to have failed in its obligation to protect human rights defenders, and the freedom of expression and assembly”, he added.

Both Gautam Navlakha and Anand Teltumbde are above 65 years old and have underlying heart ailments. On 3 April 2020, the United Nations High Commissioner for Human Rights in view of the COVID-19 pandemic urged all states to release “every person detained without sufficient legal basis, including political prisoners, and those detained for critical, dissenting views”.

Further, the World Health Organisation (WHO) in its briefing on 8 April said, “Although all age groups are at risk of contracting COVID-19, older people face significant risk of developing severe illness if they contract the disease due to physiological changes that come with ageing and potential underlying health conditions.”

Besides discouraging peaceful dissent in the country, the incarceration of Anand Teltumbde and Gautam Navlakha stands to add to India’s growing undertrial population who live in overcrowded and unsanitary facilities with minimal physical distancing. India also has one of the highest undertrial populations in the world. As of December 2018, over 69% of India’s prisoners were ‘undertrials’ – people who were awaiting trial or whose trials were still ongoing, and who have not been convicted. In other words, there are twice as many undertrials in India’s prisons as there are convicts.

“It is unfortunate how many people are behind bars for peacefully exercising their human rights. With the pandemic now, they are also faced with a serious risk to their health. The Government of India and various state government must ensure that while they follow the Supreme Court of India’s directive to decongest the prisons in India, they also unconditionally release prisoners who are in jail for dissenting against the government. The fight against the pandemic must be inclusive and not selective”, said Avinash Kumar.

Regardless of the pandemic, the Government of India and various state governments must immediately release all persons, including human rights defenders and journalists who have been charged or convicted simply for exercising their rights.

Gautam Navlakha, 65, a Delhi-based journalist was the secretary of the People’s Union for Democratic Rights and is an editorial consultant for the journal Economic and Political Weekly. He has written about human rights violations in Jammu and Kashmir, and is a vocal critic of repressive laws.

Anand Teltumbde has written extensively about the caste system in India and has advocated for the rights of Dalits. In his newspaper columns, he has been critical of the Narendra Modi government, especially over issues of social welfare and the persecution of human rights defenders in the country.

Anand Teltumbde and Gautam Navlakha were charged under various provisions of the Indian Penal Code along with the Unlawful Activities (Prevention) Act (UAPA) for their involvement in the 2018 Bhima Koregaon riots. With a poor conviction rate, UAPA is routinely used against people for simply expressing dissenting opinions often without evidence that they incited or resorted to violence or assisted banned organisations, resulting in lengthy pre or under trial detention.

On 17 March 2020, the Supreme Court of India refused to grant anticipatory bail to Anand Teltumbde and Gautam Navlakha and directed them to surrender to the Pune police within three weeks in connection with the case. Anand Teltumbde is a scholar and an activist. Gautam Navlakha is a journalist and also an activist. The two were named by the police along with the other nine activists for their involvement in the 2018 Bhima Koregaon riots.

In 2018, as part of a massive crackdown on human rights defenders in India, nine prominent activists– Sudha Bharadwaj, Shoma Sen, Surendra Gadling, Mahesh Raut, Arun Ferreira, Sudhir Dhawale, Rona Wilson, Vernon Gonsalves and Varavara Rao were arrested by the Pune Police. The police claim the nine were allegedly involved in the violence that erupted between Dalits and Hindu nationalists in January 2018 in Bhima Koregaon, Maharashtra.