Ottawa, Canada: The release of a special security report by the National Security and Intelligence Committee of Parliamentarians on Canadian Prime Minister Justin Trudeau’s trip to Indian sub-continent earlier this year raises many troubling questions about foreign interference, particularly with respect to the reputation of the Sikh community in Canada and unfounded allegations of Sikh “extremism”. (See Full Report Below). 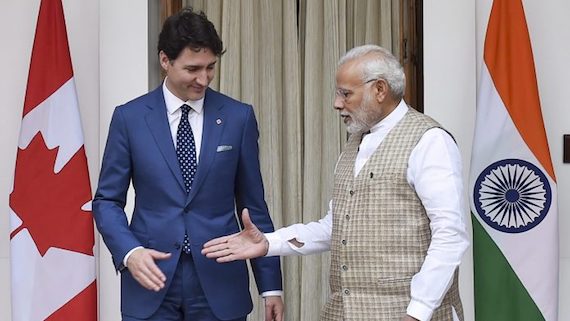 The report examined three issues: allegations of foreign interference related to the Prime Minister’s visit; security issues around Canadian events in India; and a briefing to journalists given by the government’s national security adviser.

Most of the section on foreign interference is redacted, including all six of the Committee’s findings.

Despite the heavy redaction, it is clear the Committee found that with “strategically released” media articles and repeated allegations of “Sikh extremism” in Canada, there was sufficient evidence to suggest an “orchestrated attempt” to “embarrass the Canadian government.”

According to the portions of the report that are not redacted, the National Security and Intelligence Advisor (NSIA) coordinated multiple separate trips to India by the RCMP, a multi-departmental delegation on counter-terrorism, and CSIS in January and February 2018 to address frequent and recurring Indian concerns about Canadian efforts to address alleged Sikh extremism in Canada.

The Report notes that the issue of “Sikh extremism” has been “raised with great regularity in bilateral meetings at all levels” between Canada and India.

Canadian Sikhs have repeatedly denied allegations of rising Sikh extremism and no evidence has ever been provided to support these assertions. It has been stressed by the Sikh community that allegations of “Sikh extremism” are used as a euphemism to malign advocacy that India finds disagreeable such as criticism of its human rights record.

These stories were often picked up and repeated by the Canadian media without critical analysis of the allegations being made against the Sikh community.

After the furor around the invitation of Jaspal Atwal to an event attended by Prime Minister Trudeau, the NSIA contacted the media and suggested that rogue political elements in India may have orchestrated Atwal’s invitation to embarrass Prime Minster Trudeau and make him seem sympathetic to Sikh extremism.

“’[t]he strategically released’ media articles prior to the Prime Minister’s visit and Indian officials’ repeated raising of concerns around Sikh extremism and separatism, even after multiple efforts by Canadian officials, including the NSIA, to refute those claims, fit the pattern that the NSIA now saw emerging: an orchestrated attempt to ‘shine a spotlight’ on Mr. Atwal’s invitation in order to embarrass the Canadian Government.”

Reacting to the report WSO President Mukhbir Singh said in a written statement (copy available with the Sikh Siyasat News), “although the National Security and Intelligence Committee of Parliamentarians on Prime Minister Justin Trudeau’s visit to India is heavily redacted, including most of the section on foreign interference, it is clear that there is significant evidence to suggest that an orchestrated attempt took place to embarrass the Canadian government and also to malign the Sikh community with allegations of ‘Sikh extremism’. We believe this report is further indication that our elected officials and media must be critical and very wary with respect to allegations of Sikh extremism. The reputation of the Sikh community in Canada has too often been maligned by unfounded allegations of rising Sikh extremism that originate from India. This is unacceptable and results in real harm to Canadian Sikhs. It was even more disappointing that many in the Canadian media reproduced these allegations without evidence or verification. It was not a coincidence that we saw two hate attacks on Sikhs in Canada in the month following Prime Minister Trudeau’s visit to India. Allowing elements in India to create a false narrative of “Sikh extremism” in Canada in order to marginalize and bully Sikh voices is a serious problem that must be addressed.”