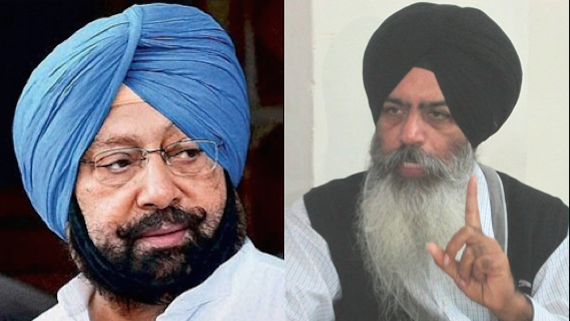 Text of Dal Khalsa letter to the Chief Minister, Punjab:

The Punjab government led by you have finally booked notorious cop and former DGP SS Saini in an abduction and disappearance case of Balwant Singh Multani. It is a different matter that you ignored the pleas of Sikh community in prosecuting the same tainted cop in Kotkapura and Behbal Kalan firing case.

Being infamous for his ruthlessness and notoriety, the news of Saini being booked was bound to create anxiousness and bit happiness among aggrieved community. Every Sikh is asking to himself and to other will he be arrested or the move is just a smokescreen. Going by the biased of India’s political and justice system vis-a-vis the Sikhs, it is unlikely that we could see him behind bars. He has applied for the anticipatory bail at Mohali court, which will come up for hearing tomorrow. So with this, Punjab’s legal department under your favourite Advocate General will be on test.

Having said so, I am mindful of the fact that it was you, who nailed Shiv Sena leader Jagdish Tangri and fake nihang Ajit Singh Phoola in 2002 and 2004 respectively. Both were part of state-terrorism machinery and coincidentally both enjoyed patronage of Saini.

The case has reminded me the arrest of Maharashtra cadre IPS and ex-DGP SS Virk by Badal led Punjab government in Sep 2007 from Delhi. He was brought to Chandigarh by Punjab police officials via road. Before he reached, Delhi Takhat conveyed its message to Chandigarh. Apart from arresting him, the Badal’s failed to nail him down. Since day one, he stayed in the comforts of the VIP special private room of the PGI, under the pretext of being getting treated, where the magistrate went to extend his judicial custody.

After he secured bail from Punjab and Haryana High Court and walked free, I remember writing a letter to CM Parkash Singh Badal on Nov 5, 2007 regretting his Govt’s inefficiency and inability in nailing Virk for his extra-constitutional role and methods during militancy period. All the fanfare and brouhaha of arresting Virk died down once he got the bail.

At that moment, I felt that Sukhbir Badal has turned out to be a naive. He overlooked that Virk is an instrument of the Indian state and they won’t sacrifice him.

When I learned that your Govt has booked Saini in militancy related old case, the immediate question that stuck into my mind was: are you also a political novice? Answer is, no, you aren’t! You are well aware that like Virk, Saini too is instrument of the state and it was the impunity provided by the state that emboldened them and many others including Ribero, KPS Gill to commit rights excesses throwing all laws to wind. How come you overlooked the simple fact that the mole in the police department will not alert his ex-boss and help him to flee as it has happened?

The moot question on every one’s mind is what was the urgency or provocation that led to registering an FIR against tainted cop at the times of the COVID-19 pandemic? Has your inclination towards Modi-Doval nosedived?

Let me caution you. If the motive behind the booking of Saini is another than restoring the rule of law and justice, then the move is going to boomerang on you later or sooner.

The people of Punjab expect from you to send the police team to arrest Saini from his Delhi hideout. And in case, Delhi police that comes under Union Home Ministry refuses to cooperate in locating and arresting him, reveal it before the public.

There is not an iota of doubt that the Punjab police in 80’s and 90’s had transgressed all norms of decorum, dignity and rule of law. There should be a full-scale impartial public enquiry. Will you dare to initiate and snatch the forgotten and unresolved agenda of the Akali Dal?

Dal Khalsa appeals to you to wake up to the call of justice, human rights and harmony.