Gujarat: Maya Kodnani, a former minister and BJP leader, who was sentenced to 28 years in prison for leading the biggest massacre in the Gujarat genocide of 2002, has been acquitted by the Gujarat High Court.

While confirming the life sentence of another high profile convict, Babu Bajrangi, a leader of the Bajrang Dal the court reverse the trial court’s verdict against Maya Kodnani.

In 2012, Maya Kodnani, a gynaecologist, was sentenced to 28 years jail for her role in the Naroda Patiya massacre. 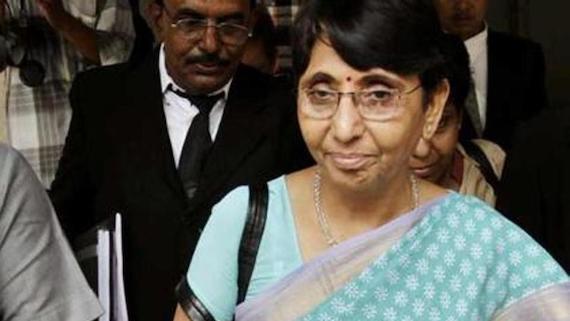 Naroda Patiya is a suburb of Ahmedabad where 100 Muslims were killed in the single bloodiest episode of the three-day genocidal violence against Muslims in February 2002.

A Special Investigation Team had said that a day after the Godhra train burning incident, in which 57 Hindu activists killed got killed, Maya Kodnani incited mobs and was seen at the spot by 11 witnesses. Witnesses had told the court that she handed out swords to attackers, exhorted them to attack Muslims and at one point fired a pistol.

A trial court had held that she organised the mass killings. But the High Court asserted that out of the 11 witnesses, none had named her when the case was being registered. Witnesses said they had seen Maya Kodnani coming out of her car to talk to the police. The court maintained that “no criminal conspiracy could be established”.

Investigative journalist Rana Ayyub who had self published her months long sting operation exposing the inside information of Gujarat genocide of 2002, had brought forth the role of Maya Kodnani in her book Gujarat Files.

While sharing a news about acquittal of Maya Kodnani, Rana Ayyub wrote on micro-blogging website twitter: “It is the season of acquittals and injustice in India”.

The families of the thousand killed during the gujarat riots, those killed in mecca masjid, malegaon, samjhauta, of kauser bi, tulsi prajapati should have their closure now. There wont be justice.