SGPC No Longer a Representative Body of the Sikhs [Op-Ed]

Still Sikhs hope against hope that SGPC should not have honored P.S Umranagal, a police officer in Golden Temple complex who is known to have involved in fake-encounters and the Bargari beadbi.

Right from KPS Gill, Sumedh Saini down to Umranagal have been the instrument of politics of Nationalism that explicitly stood for an Indian Nation, now being formalized as Hindu Rashtra by BJP.

Decades-long controllers of the SGPC, the Shiromani Akali Dal led by Badals have been drawing power from their big-brother ally BJP.

How could they retain the independence of the Sikh body facing Saffron incursions now? 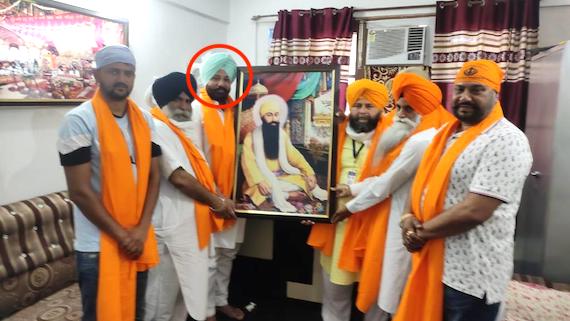 The Badals have retained their tight control on SGPC till today as a trusted agency of the nationalist power center in New Delhi.

Earlier, the British, holding power-center enforced Gurdwara Act, SGPC on recalcitrant Akalis and kept sophisticated control including on holding SGPC elections. To hide that initial wheeling-dealing of 1925, the Sikhs loyal to Delhi Durbar continued to whip up SGPC as mini-Sikh Parliament. But the interference of the British was minimal as they being foreigners never attempted to distort and devour the Sikhism like those who are out to merge Sikhs into a Hindu Nation.

SGPC has openly been working against the Sikh ethos and popular Sikh perception, particularly since the 1980s. Even then, the Sikhs failed to remove the Badal’s control on SGPC. Why? Because first holding of SGPC polls is in New Delhi’s hand and secondly, as past showed, the first-past-the-post system of SGPC polls always helped bigger manipulator to win elections.

Those attempting to capturing SGPC from the Badals, should rather seek an amendment to the SGPC Act and go in for Proportional Representative (PR) system of election to be conducted by the Punjab government.

Otherwise, the Badals’ men like Umranagals would continue to be honored by SGPC in the open opposition of the helpless Sikh masses.