Amritsar: The Shiromani Gurdwara Prabhandak Committee (SGPC) has reportedly decided to demolish the Guru Ram Dass Sarai near the Darbar Sahib, Amritsar in order to build a new Sarai. The move has invited criticism from some Sikh groups, including the Sikh Sadbhawna Dal and Shiromani Akali Dal (Amritsar). 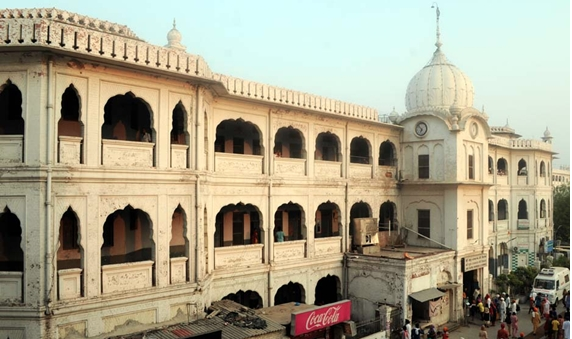 Guru Ram Das Sarai is the oldest Sarai near the Darbar Sahib complex and it was built in pre-partition era. Sikh groups allege that the SGPC’s move could lead to destruction of historic site. Sikh Sadbhawna Dal leader Bhai Baldev Singh Wadala has warned to move to the court against SGPC’s decision to demolish the ‘historic building’ of the concerned Sarai.

On the other hand SGPC additional secretary Daljit Singh Bedi said that the condition of structure of the concerned Sarai has deteriorated and the SGPC was concerned about safety of the devotees. He said that a new Sarai would be rebuilt at same place with more rooms and facilities.