SGPC Should Recognise Sikhs Who Were Subjected to Enforced Disappearances by Indian Forces: Khalra Mission Organisation

Ferozepur: The Khalra Mission Organisation (KMO) had demanded that the Shiromani Gurdwara Prabhandak Committee (SGPC) should recognise the Sikhs who were subjected to enforced disappearances by the Indian forces during 1980s-90. 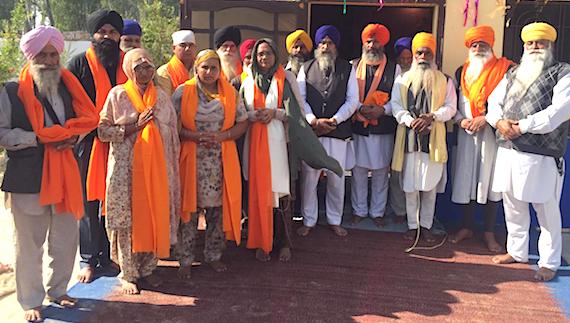 Bibi Parmjeet Kaur Khalra, wife of Shaheed Jaswant Singh Khalra, who leads the human rights work under taken by the Khalra Mission Organisation (KMO) said that the SGPC should place images/portraits of Sikhs killed in fake encounters or during enforced disappearances. She was speaking during a Samagam held at Gurdwara Neela Taara near Zira in Ferozepur district.

She said the Akal Takht Sahib and SGPC should recognise the Sikhs who were labeled as “unclaimed or unidentified dead bodies” by the Indian state.