Chandigarh: A sub-committee of the Shiromani Gurdwara Prabhandak Committee (SGPC), which reviewed Dastan-E-Miri-Piri film, has reportedly cleared the controversial movie after suggesting the film-makers to use a trick that was used by Harinder Sikka to get his film ‘Nanak Shah Fakir’ cleared from the SGPC in 2017.

The sub-committee which comprised Bibi Kiranjot Kaur, Dr. Inderjit Singh Gogoani, Advo. Bhagwant Singh Sialka besides others, asked the filmmakers to remove cartoon/animated character used to depict Guru Hargobind Ji in this film and use flash/light/overexposed-area instead of that character. The committee has reportedly asked the filmmakers to remove the dialogues that were filmed on that character.

It is notable that after Harinder Sikka’s film was rejected in 2015 by the global Sikh Sangat, he had used this trick to get the film cleared from the SGPC. He had attempted to release the film in 2017 with approval of the SPGC but the strong opposition of the Sikh Sangat had forced the SGPC to withdraw its backing from the controversial film.

The SGPC has come under severe criticism for adopting the similar trick that was used by Harinder Sikka two years back. 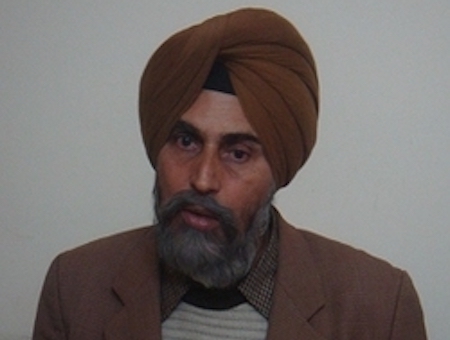 As the Sikh sangat is up in arms against attempt to personify Sikh Gurus, families of Sikh Gurus, great GurSikhs and Sikh Shaheeds in films, the double role played by Dr. Inderjeet Singh Gogoani has further irked them. Dr. Inderjeet Singh Gogoani was part of the review panel formed by the SGPC whereas he is also one of the leading team members of the Dastan-E-Miri-Piri film. Those opposing the film say that the SGPC had seated Dr. Gogoani in such a position that he acted as judge in his own cause and it brings the intentions of the SGPC sub-committee under question.

Makers of Dastan-e-Miri-Piri film reportedly violated the directive of Giani Harpreet Singh and released the film in Edmonton in Canada on 5 June. The film was released before the SGPC’s sub-committee granted its pseudo clearance to the film.

It is notable that SGPC appointed acting jathedar Giani Harpreet Singh had directed the film makers to not to release the film before the decision of the SGPC sub-committee.

Despite clear violation of his directive, Giani Harpreet Singh seems helpless to act against the film makers. It is learnt that financers of this film are close to SAD (B) leader Bikram Singh Majithia and SGPC and its’ appointed acting jathedar are under pressure not only to clear the film but also to not to act against filmmakers for violation of clear directives issued by the said jathedar. 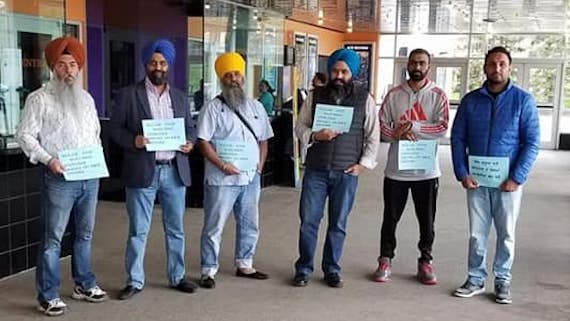 A view of protest outside a cinema hall in Edmonton | Source: Facebook Page: Sikhs Against Filming and Animation of Gurus, Prominent Sikhs and Martyrs (Posted on June 7)

Even though the film-makers released the film in Edmonton, there were no takers. Instead the Sikh sangat reportedly boycotted the film and held a protest outside the cinema hall.