Shiv Sena leader loses security for faking attack on himself

Jalandhar: The security cover of Shiv Sena leader Deepak Kamboj has been withdrawn by the Jalandhar Commissionerate after police found that he had faked an attack on himself.

He had orchestrated an attack on him to enhance his security cover ahead of the Assembly polls. 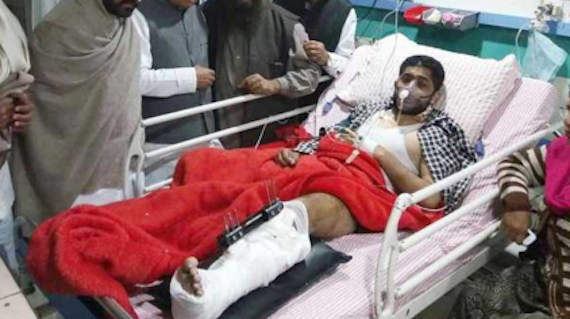 A few days before the attack, he had applied for additional security cover and the police had provided him additional gunmen with an escort vehicle. Presently, he was having six gunmen with escort gypsy.

Police Commissioner Arpit Shukla said that the police have withdrawn all the gunmen along with the escort vehicle provided to Deepak Kamboj.

Deepak has been charged under Section 120- B of the IPC but he would be arrested after the investigations were complete, said police.

The accused, Gaurav Sondhi alias Gora (29) of Dhan Mohalla and Supinder Singh alias Shampy of Maqdumpura were also produced in court where they were to police custody till May 3.