Fresno: As per media reports shoes and bottles were hurled at former Punjab chief minister Captain Amarinder Singh during a gathering in Fresno, California yesterday.

One of the kin of the victim of the 1984 Sikh Genocide wanted to question the Congress leader over his recent remark that ‘Jagdish Tytler had no role in killing of Sikhs in Delhi’, but he was asked to keep quiet by Captain Amarinder’s supporters. 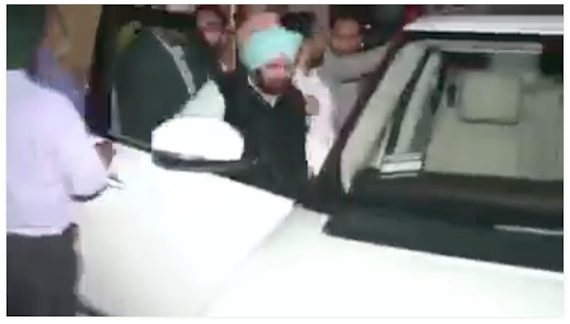 As the former chief minister was about to leave the venue under tight security, the Sikh activists started raising ‘Khalistan Zindabad’ slogans.

In a video that has surfaced over Facebook, some people could be seen as throwing some substances, reported shoes and bottles, on a car in which Capt. Amarinder was sitting.

As per The Tribune (TT): [c]onfirming the clash, Gurpatwant Singh Pannu, Attorney, Sikh for Justice, said: “It’s unfortunate that instead of answering questions regarding his statement about Tytler’s role in 1984, Captain Amarinder took support of his henchmen and created an atmosphere of fear.”