NORWICH, USA: Every inch of wall space in a one-story building on Clinic Drive is covered in colorful portraits of famed Sikh leaders and framed recognitions; a cozy place of inclusion.

The Sikh Art Gallery sits a short drive from Backus Hospital, created during the middle of the pandemic in November 2020 in the cultural soul of one of the most diverse cities in eastern Connecticut.

“Art is one of the languages which can connect people’s hearts,” Swaranjit Singh Khalsa, the gallery’s owner and creative director, said,” and we hope to bring unity in this community.” 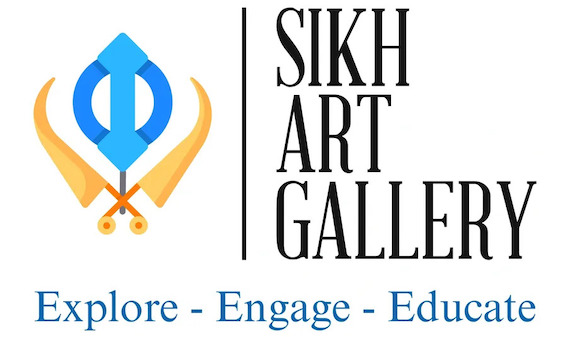 Khalsa, who also owns a gas station in Norwichtown, has made it his mission since he came to Norwich more than 11 years ago to help residents explore different cultures, including his own. Since the Black Lives Matter movement has put the spotlight on diversity, equity and inclusion, Khalsa’s message has never been more important.

“The only way as a community we continue to grow and gain knowledge of the various cultures of the diverse community here in the city of Norwich is through exhibits, art and showcasing of heritage and culture from the various communities here,” said Derell Wilson, a member of the City Council.

The gallery is a resource center and museum, of sorts, dedicated to Sikh culture and heritage. Its Nov. 1 opening fell on the 36th Commemoration of the 1984 Sikh Genocide when thousands of Sikhs were killed across India.

Khalsa calls the Sikh Art Gallery a community project and his contribution to the state. It’s the only one of its kind in Connecticut and on the East Coast.

“I always wanted a place in Connecticut where Sikhs can fully express themselves without Indian government interference,” he said, “and have the ability to tell their story in their narrative.

“The goal is to educate our communities about Sikh heritage and culture through displays of art. This will bring more of a comfort level within our communities to display Sikh art in their libraries and other public places.”

Throughout its 600-square feet, visitors are taken on an educational timeline of the history of Punjab, an Indian state bordering Pakistan that is the Sikh homeland, Sikhs, various days of significance for Sikhs, what the Sikh flag represents, what happened to Sikhs in 1984, what Sikhs in the U.S. have experienced since 9/11 and the sacrifices of Sikh Gurus for human rights and social justice. 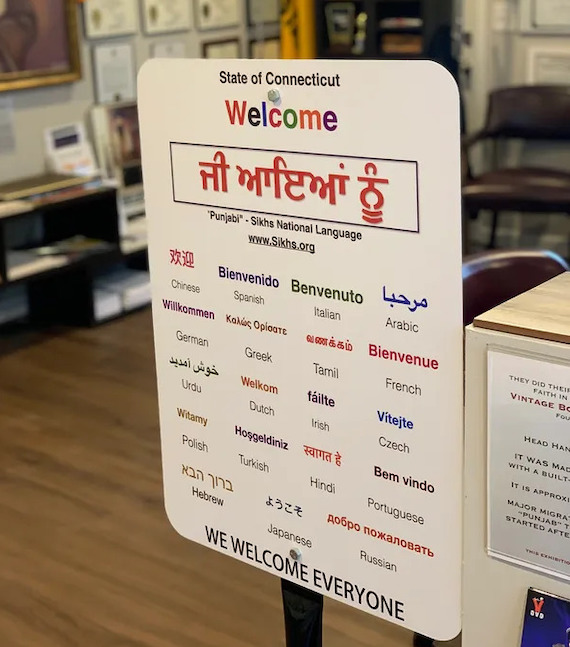 “(The) gallery strongly tells that Sikhs are part of America and also shows the correlation of Sikh values and American constitution, which focus on religious freedom, equality and social justice,” Khalsa said.

It gives the message that “we respect and embrace our diversity,” he said.

When a visitor enters the gallery, brochures about Sikh faith are available in 10 languages; a multilingual welcome sign in 24 different languages also serves as a greeting. 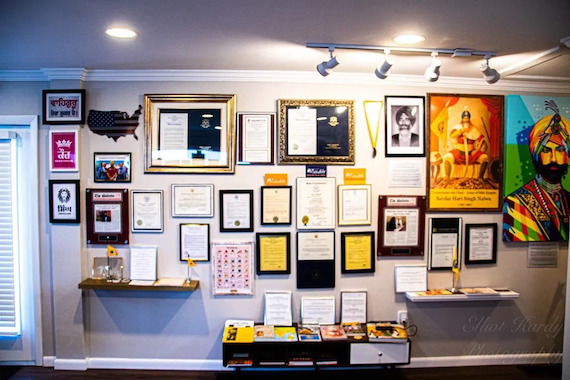 There’s artwork related to the role of women in Sikh history, and artwork representing women empowerment. There are sections of books, historical articles and documentation of important resolutions.

Artwork includes artists from Canada, Russia, Germany and the U.S. – artists Khalsa has found by searching online. He hopes to find more local artists, too.

“The art gallery is amazing and rich with information on the history of the Sikh community,” Wilson said. “It’s important to the city of Norwich and the community as a whole as it tells a story of yet another important group of people located here in this diverse community.

“In the year 2021 as we continue to strive for more inclusion, understanding, and embracing of culture in the city of Norwich, it is important that such an exhibit and gallery exist as it continues to allow for different individuals to tell their stories.”

-Maharaja Ranjit Singh, popularly known as Sher-e-Punjab or “Lion of Punjab”, who was the leader of the Sikh Empire, which ruled the northwest Indian subcontinent in the early half of the 19th century;

-Maharaja Duleep Singh, also known as His Highness Maharaja Sir Duleep Singh, GCSI, or Sir Dalip Singh and later in life nicknamed the “Black Prince of Perthshire”, who was the last Maharaja of the Sikh Empire; and

-Guru Teg Bahadur, who was Sikhs 9th guru. He raised his voice against the regime of that time and stood up for religious freedom for all; and

The gallery also boasts a Lego model of Akal Takhat, which is the Sikh political center and was destroyed in June 1984 along with 37 more Sikh places of worship when the Indian army stormed Darbar.

Khalsa said the Sikh Art Gallery is happy to donate artwork to any gallery, museum or library that is interested in displaying Sikh art and artifacts.

“We intend to work closely with schools, universities, etc, and help them make their curriculum more inclusive and include information in regards to Sikh history,” he said. “I would like our state and federal leaders to come here and think how this education can be shared at the federal level.

“Until and unless we work on this issue, I am afraid hate crimes figure will go up for Asian and especially Sikhs who were targeted after 9/11 due to mistaken identity.”

Visit www.SikhArtGallery.com to take a virtual tour or make an appointment for a tour.