Amritsar: Sikh jathedars’ decision to grant pardon to Dera Sauda Sirsa chief Gurmeet Ram Rahim in a controversial way has sparked strong resentment from the Sikh sangat. Representatives of a number of Sikh organizations held a meeting at Amritsar today and announced to “reject” the controversial decision taken by Akal Takhat Jatehdar Giani Gurbachan Singh along with jathedars’ of other Sikh Takhats. 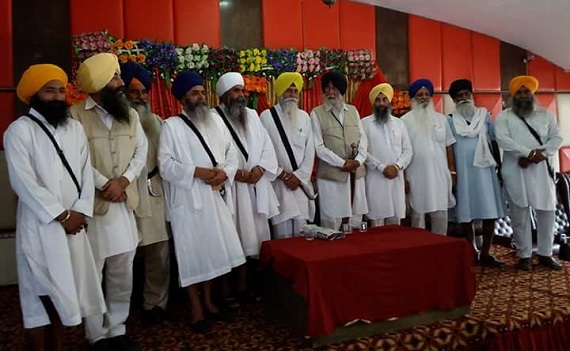 Talking to the Sikh Siyasat News (SSN) over phone, UAD chief Moham Singh said that the Sikh organizations today resolved and announced to reject Jatehdars’ decision as it was not in accordance with the Sikh traditions. The Sikh sangat have refused to own such decisions, he added.

He said that the government had used it’s influence and pressed jathedars to announce a decision which suits political motivations of Punjab’s ruling party.

“To show opposition to government’s plans to control Sikh institutions we have decided to shut Punjab on 30the of September for half day”, Moham Singh said.

In another major decision, he continued, the Sikh organizations have decided to hold Sarbat Khalsa on Diwali.

UAD chief said that the Jathedars should take back their decision. He said that the future course of action will decided by the Sarbat Khalsa.