Jammu: Various Sikh organisations staged a protest today against the alleged assault of a youth in Akhnoor area of Jammu district blocking the Jammu-Pathankot national highway for several hours.

The protestors alleged that Harvinder Singh, a resident of R S Pura area, was assaulted in Akhnoor by several goons and his hair were also pulled on May 09. 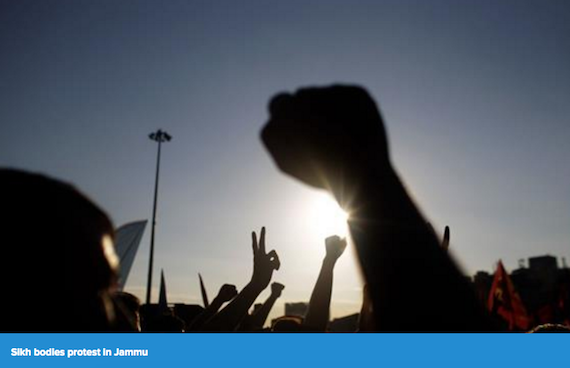 The protestors claimed that the assailants also made a video of the assault and circulated it on social-media.

“The assailants have not only attacked the Sikh youth but also showed disrespect to the Sikh faith. We demand immediate arrest of all the assailants,” Avtar Singh, general secretary, Sikh United Front, said.

Holding placards, the protestors blocked the national highway for over two hours and were only pacified after the intervention of senior police and civil officials.