The police stopped the protesters near Parliament police station by placing barriers on the road leading to Narendra Modi’s residence. This led to confrontation between the police and the protesters. Sikh protesters crossed the barriers despite heavy police force deployment and forced the police to step-back. But after that the protesters did not move forward and staged a sit-in protest.

“Since we were committed to keep the protest peaceful, the Sikh sangat was urged to stage a protest sit-in order to avoid further clash with the security forces”, Harminder Singh, a Sikh youth activist told Sikh Siyasat News (SSN) over phone.

After mediation of certain officials a 11 member Sikh delegation accompanied the police officials to Indian PM’s House to handover the memorandum. But the delegation was prevented from entering the PM’s house by the security guards which led to heated arguments. Later a representative of PM house received the memorandum. 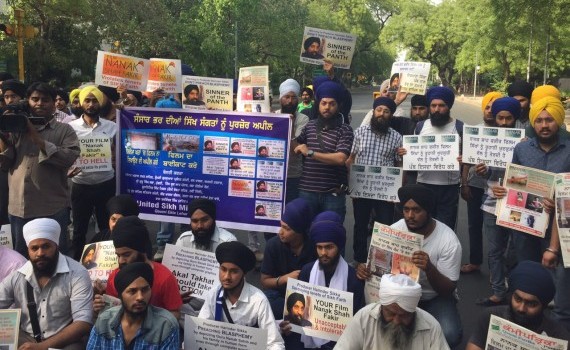 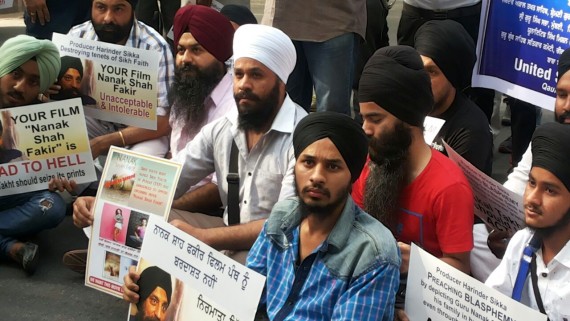 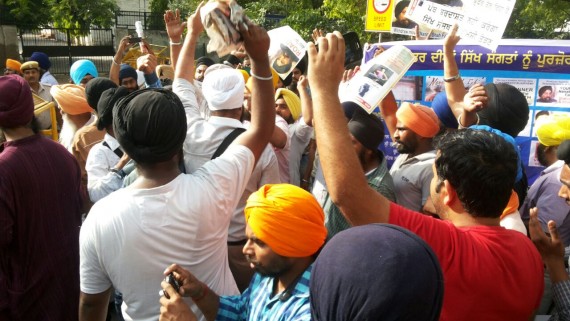 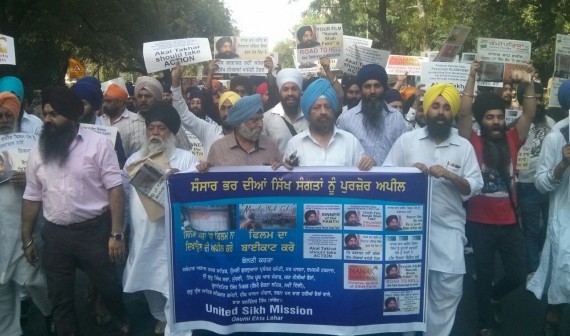 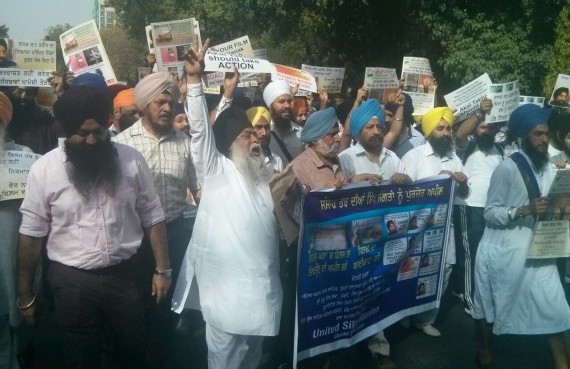