Amritsar: The Dal Khalsa has launched a campaign to garner support for its shutdown call for June 6, to mark the 32nd anniversary of Indian Army’s attack on Darbar Sahib that was codenamed as ‘Operation Bluestar’.

“The shutdown has been called to protest against the sacrilege, the killing of innocent pilgrims, and loot of manuscripts from Sikh Reference Library,” said Dal Khalsa spokesperson, Kanwar Pal Singh. 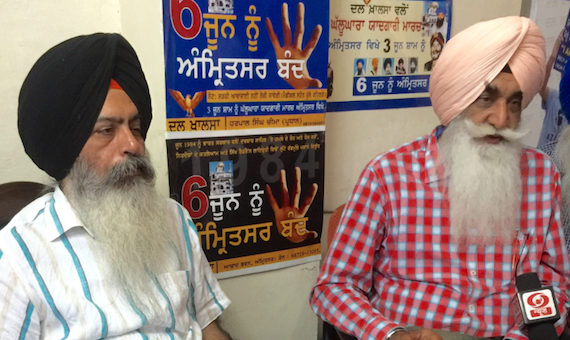 On Tuesday, youth groups associated with the Dal Khalsa distributed posters and leaflets in the main commercial areas of the city which sought to justify the shutdown.

Activists of ‘Sikh Youth of Punjab’, led by its chief Paramjit Singh, also interacted with masses in the commercial markets, and roamed various localities urging the people to keep their business as well as educational institutions closed on June 6.

Kanwar Pal Singh, however, said medical stores would be allowed to remain open and added that the bandh would be peaceful and road and rail traffic will not be disrupted.

Earlier a meeting was held at party office under the chairmanship of Harpal Singh Cheema to finalize the preparations. 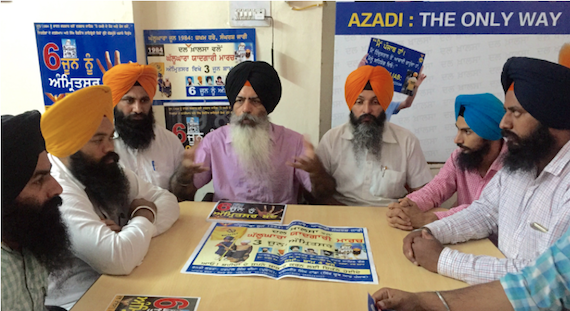 Kanwarpal Singh with leaders of Sikh Youth of Punjab

Harpal Singh Cheema said the members of the Dal Khalsa will hit the streets of Amritsar on June 3- the day army launched its assault on Sikhs assembled at Darbar Sahib in June 1984.

He said the aim of ‘Genocide Remembrance Parade’ was to reiterate the cause for thousands of Sikhs who laid down their lives in 1984 while defending the attack on their faith adding that no issue of Sikhs has been solved till date, he said.