USA: The Sikh Coordination Committee East Coast (SCCEC) has welcomed the conviction of Sajjan Kumar in 1984 Sikh Genocide case announced by the Delhi High Court. It commends the tenacity of the widow Jagdish Kaur (43 years old in 1984 and now 77), whose five (5) family members were killed by a mob led by Kumar, for pursuing this case despite heavy odds. For her and Sikhs this is “Justice delayed is Justice denied”, the SCCEC said in a written statement (copy available with SSN). 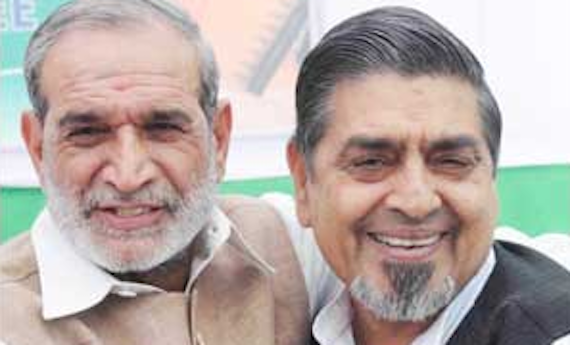 “It took 34 years to get conviction of one of the ring leaders of 1984 Sikh Massacre while many more like Jagdish Tytler, Amitabh Bachan, Kamal Nath are still enjoying privileged positions in the corrupt Indian system” said Himmat Singh, Coordinator of SCCEC.

Ironically, this Delhi High Court verdict comes ahead of the Indian National Congress leader Kamal Nath taking oath as the Chief Minister of the state of Madhya Pradesh. Kamal Nath’s presence at the time of massacre of Sikhs in November 1984 near Rakabganj Gurdwara in Delhi was noted by Nanavati Commission, but no FIR or case has ever been registered against him due to his privileged position in Indian establishment, the SCCEC notes.

Himmat Singh demanded that Kamal Nath and Amitabh Bachan, who incited the Hindu mobs to kill the Sikhs by shouting slogans “Khoon Ka Badla Khoon” should be prosecuted along with the members of the Gandhi family for their heinous crimes.

“Though Sajjan Kumar is finally convicted and sentenced to life imprisonment, he is still walking free rather than being in Jail. The likely appeal in Indian Supreme Court can take long time while he may remain free on bail” said Harjinder Singh, Media Spokesman of SCCEC. He asked for the capital punishment of these culprits so that the victim’s families can get closure.