Chandigarh: An incident to brutal attack on a Sikh family is reported from BJP ruled state of Haryana. As per information a Sikh family, including a 7 months pregnant woman, was attacked on August 16 outside Mustard Hotel/Restaurant in Hisar. The family was attacked by 4-5 Haryanvi youth after they cam out the restaurant after having lunch.

A lady from the victim family told a social activist over camera that some youth teased them and attacked their family after they raised objection.

“As soon as we came out of restaurant they teased us. We told them to behave themselves but they attacked us. They beat up my brother” she said.

The victim family maintained that the attackers attempted to kick the pregnant Sikh woman in her belly and pushed her away. The family members sustained injuries as a result of beating.

“One of the attackers said that he was son a ‘big lawyer’. He told us to leave the state. We are living here for 45 years. Who gave them right to attack us?”, they asked.

The family also accused the police of taking no action against the culprits.

The Delhi Sikh Gurdwara Management Committee (DSGMC) and All India Sikh Students Federation (Peer Mohammad) has demanded strict action against the culprits in this case. These Sikh bodies have expressed surprise and anguish over police inaction. 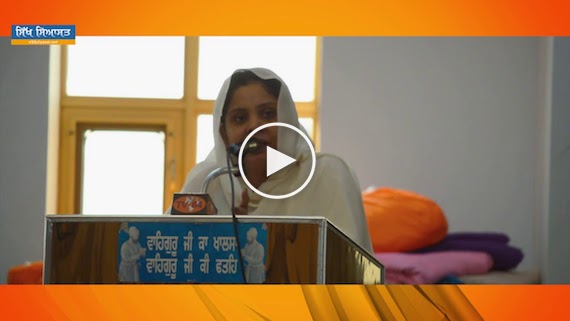 DSGMC legal cell chief Jaswinder Singh Jolly said that instead of taking action against the culprits the police has threatened to register a case of section 307 of IPC against the victims.

In a statement issued today SGPC backed Jathedar Giani Gurbachan Singh said that the attack on Sikh family seems to be a well calculated conspiracy to create communal tensions. He demanded that culprits should be booked and punished and Haryana government should ensure safety of Sikhs in the state.