New Delhi: An AAP MLA alleged that the Narendra Modi government was trying to “save the culprits who are related to their ‘parivaar’.”

AAP MLA Jarnail Singh today alleged a “deal” between Congress and BJP over the CBI’s admission to a Delhi court that no fresh FIR has been lodged against Congress leader Jagdish Tytler in connection to 1984 Sikh genocide.

Jarnail Singh accused the BJP, SAD and Congress of “working in tandem” to absolve Jagdish Tytler of his alleged involvement in the Delhi Sikh massacre in which thousands of Sikhs were massacred in Delhi. Tytler has earlier been given a clean chit in the case. 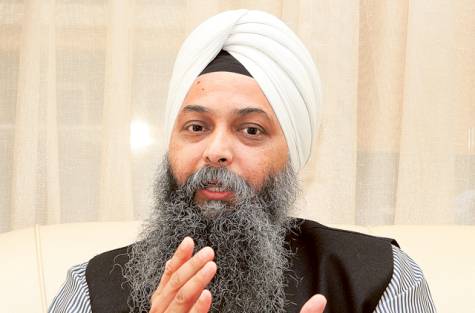 “Central Bureau of Investigation’s (CBI) decision to give a clean chit to Jagdish Tytler, prime accused in 1984 Sikh genocide shows that BJP-Akali and Congress are working in tandem to put their sins of 1984 and 2002 violence under the carpet. They have struck a deal,” he said.

The AAP’s Rajouri Garden MLA also referred to lawyer Rohini Salian’s claim that she had been asked to “go soft” on the 2008 Malegaon Blast accused, and alleged that the Narendra Modi government was trying to “save the culprits who are related to their ‘parivaar’.”

“Congress party’s suspicious silence on this shows they have struck a deal with Modi to save them from 1984,” he said. He also urged Union minister Harsimrat Kaur Badal to resign in protest as the “Akalis claim to be champion of Sikh issues”.

Commenting on the pace of investigation in the case, he said, “The Special Investigation Team (SIT) was constituted in February 2015 by Central government. But, it has not started working while they had to give report in six-months-time. It is the duty of SIT to find out if cases can be reopened which were closed by Delhi Police. If this SIT fails than Delhi government will have to initiate action on it’s own,” he stressed.