New Delhi, India: A Delhi court on Monday directed CBI to verify the fact about the death of one of the accused who, along with Congress leader Sajjan Kumar, was facing trial in a November 1984 Sikh genocide related case.

District Judge Rakesh Siddhartha asked the agency to verify and inform the court about it on July 17. The court was told by CBI prosecutor DP Singh that accused Peeriya died on Sunday but the agency was yet to verify this fact. 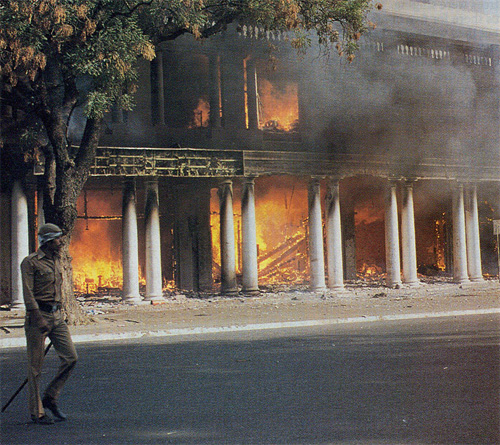 The judge also said that prosecution witness Prem Kaur, who was present in the court on May 18, could not be examined due to death of Peeriya. The court, however, observed “witnesses are coming and returning without being examined”.

To this, the prosecutor said on one occasion the witness could not be examined due to lawyers’ strike and on another hearing, she had come on her own and was not summoned. The court was also informed that another accused Ved Prakash was hospitalised.

The court fixed July 17 for verification of death of the accused and recording of evidence in the case.

Sajjan Kumar, Brahmanand Gupta, Peeriya and Ved Prakash are facing trial on charges of murder and rioting in the case of killing of Surjit Singh in Sultanpuri area of West Delhi.

The court had in July 2010 framed various charges, including of murder and rioting, against Kumar, Gupta, Peeriya, Khushal Singh and Ved Prakash in connection with killing of the man in Sultanpuri in a Sikh Genocide 1984 related case. Accused Khushal Singh has since died.

The trial court had also framed charges for the offence of spreading enmity between two communities against the accused in the case.

Accused of November 1984 escaped trials or punishment for past 30 years with active political patronage. Recently a retired Bom bay High Court judge criticized Indian judiciary for its failure to punish the culprits of November 1984 Sikh genocide.