Urging the Sikh people to observe 15th August as Black day. Dal Khalsa ex-president Satnam Singh Paonta Sahib while speaking at a function said 70 years ago on this day Muslims got Pakistan while Hindus got their independence on 15 August. He said that the Sikh community missed the bus as it was not lucky enough to get its own homeland. He said that since then Sikhs had been aspiring for their sovereign self-rule. 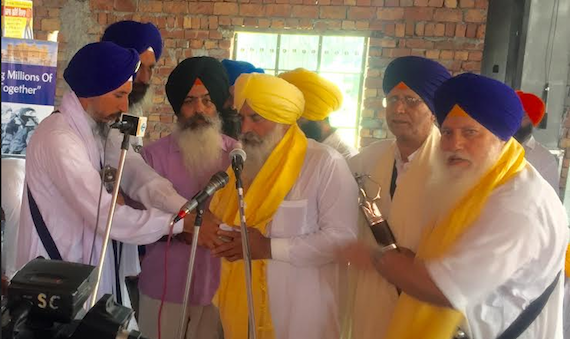 Notably, Babbar chief was martyred in a fake encounter near Ludhiana on Aug 9, 1992 after being arrested from his residence at Patiala the previous night. Representatives of various political as well as religious bodies today eulogized his contribution towards Sikh cause for independence.

The Panj Piyare’s, who were removed from the services by the SGPC also participated in the function and paid glowing tributes to the martyr.