San Francisco, CA: Sikhs of California marched on June 10th to commemorate the 34th anniversary of Ghallughra June 1984 – Indian Army’s attack on Darbar Sahib and other Sikh Gurdwaras in Punjab and other adjoining states. 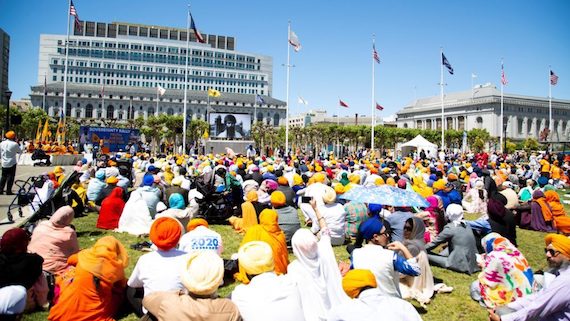 The march started from 2nd Street and ended at Civic Centre Plaza in San Francisco downtown. About ten thousand Sikhs walked on Market Street and covered one mile of every inch, according to organizers. 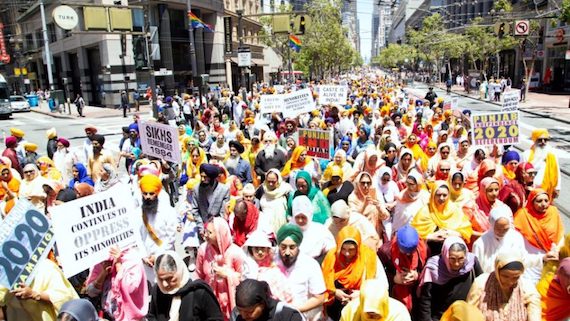 “All speakers insisted on having a separate state known as Khalistan,” said a statement issued by Kashmir Singh Shahi, coordinator of Sikh Panchayat of Fremont Sikh Gurdwara Sahib.