As many as 10 Gatka teams participated in this 15th edition of Virsa Sambhal Gatka event conducted by the International Sikh Martial Art Academy (ISMAA) in collaboration with District Gatka Association (DGA) Bathinda.

Speaking on the occasion ISMAA chairman Harjeet Singh Grewal announced that Academy is compiling an international directory of all Gatka Akharas running across the globe so as to bring out an exhaustive reference book for the first time. ISMAA vice chairman Avtar Singh and Raghbir Chand revealed that ISMAA has chalked out an exhaustive plan to organize martial art training camps, Gatka seminars and workshops in different states to train the budding players. 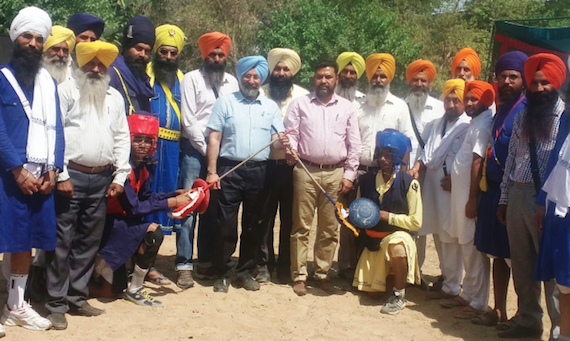 DGA chairman Parminder Singh Sidhu of Fateh group of colleges said Gatka is a time tested self-defensive art which also imbibes cultural and traditional values among the youth. Lauding the initiatives of ISMAA in furtherance of this martial art, he advocated that it is need of the hour to promote this centuries old traditional sport so as to wean away the youth from the menace of habit forming drugs.