Chandigarh: Sikh political prisoner Bhai Lal Singh Akalgarh was finally released on a permanent basis today. He has been imprisoned in India for the past 28 years.

Arrested on 14 July 1992, Bhai Lal Singh was sentenced to imprisonment for life by a designated TADA court of Ahmadabad Rural at Mirzapur (Gujarat) on 8 January 1997 under sections 3 and 5 of TADA Act, 120-B IPC, section 5 of Explosives Act and Section 25(1)(a) of Arms Act.

It is pertinent to note that in September 2019 the Union Government of India had announced to grant premature release of eight Sikh political prisoners on the eve of 550th Parkash Gurpurab of Guru Nanak Ji. The list included the name of Bhai Lal Singh also. Pursuant to GoI’s announcement, the Gujarat government (concerned state government in Bhai Lal Singh’s case) had sent Bhai Lal Singh’s release order to Maximum Security Jail, Nabha on 3 March, 2020 but his release was delayed by the Punjab government due to some “technical” reasons. 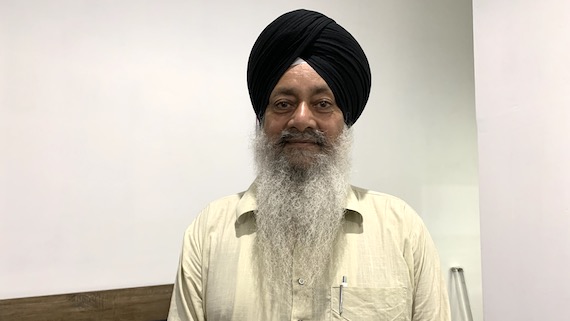 Bhai Lal Singh who was already on parole was called by Nabha jail authorities today and after some paperwork he was release on permanent basis.

In India, a person sentenced to imprisonment for life is usually granted premature release after spending 10-14 years in prison but Bhai Lal Singh was made to spend 28 years in prison.

Speaking to Sikh Siyasat News (SSN) over phone, Advocate Jaspal Singh Manjhpur said that Bhai Lal Singh’s permanent release was long overdue. “He should have been released more than a decade ago”.

“But… better late than never. This is a welcome move. Other Sikh political prisoner like Prof. Devinder Pal Singh Bhullar, Gurdeep Singh Khaira and others should also be released on permanent basis as they have already served minimum mandatory periods of their sentences”, said Advocate Jaspal Singh Manjhpur maintains the list of Sikh political prisoners.

Notably, permanent release of a person sentenced to undergo imprisonment for life is a political decision which is taken by the government. The decision with regards to a prisoners sentenced under any central law (like TADA) is now taken by the Union government of India.