Uttar Pradesh: Sikh Political Prisoner Bhai Wariam Singh, 70, was released today on permanent basis. He was undergoing imprisonment for life in Bans-Bareli Jail in Uttar Pradesh (UP). His arrest dates back to 1990 and he was convicted under TADA. He is granted premature release. 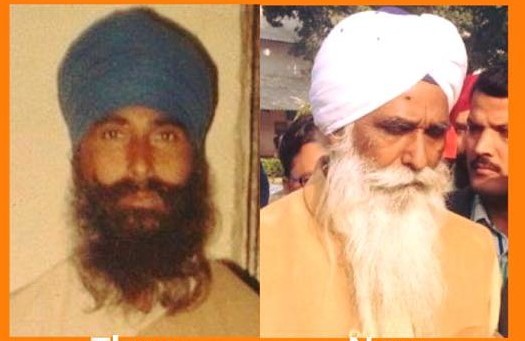 He was released from the jail today at around 11 am. His release is said to be conditional and he is released on parole for two months that would be extended further on the condition of good conduct.

Punjab Government had no role in release of Bhai Wariam Singh:

Advo. Jaspal Singh Manjhpur, who maintains the list Sikh political prisoners, said that it was the UP and the Central government who have cleared the release of Bhai Wariam Singh and the Punjab government had nothing to do with it.

Advo. Manjhpur appreciated the initiative of Akhilesh Yadav led UP government for recommending release of Bhai Wariam Singh. He said that the Centre should continue with the line adopted in Bhai Wariam Singh’s case and other eligible Sikh political prisoners should also be granted premature release without any undue delay.

Details: Wariam Singh was convicted by the court of Designated Judge of Pillibhit (U.P.) on 10 January 1995 under sections 3 and 4 of TADA Act and Section 120-B of IPC. He is facing imprisonment for life. He was arrested on 17 April, 1990 and remains confined in jail till date. He has spent nearly 24 years in prison.

He was never released from jail since the date of his arrest. His jail record was clean and there was no post conviction crime.

It is pertinent to note that his co-accused Major Singh who was facing same sentenced pronounced by same court in same case was granted permanent release by Uttar Pradesh Government in 2013, but he still remains confined in jail.