Amritsar: Activists of a newly formed group ‘Darbar-E-Khalsa’ today held an Ardas samagam in front of the Akal Takht Sahib. After performing the Ardas, the group formed by Sikh pracharaks also handed over ‘condemnation letter’ to the Shiromani Gurdwara Prabhandak Committee (SGPC).

SGPC secretary Manjit Singh Bath received the letter from Harjinder Singh Manjhi, one of the Sikh pracharaks affiliated with the Darbar-E-Khalsa (DeK). 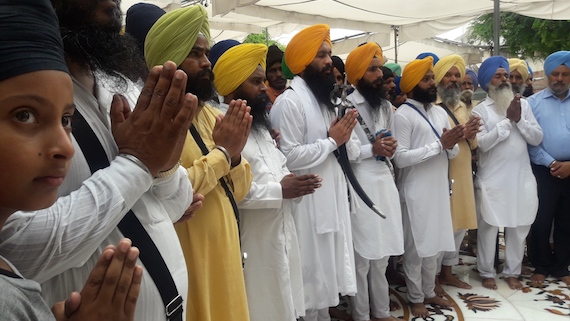 DeK representatives said that they will hold a function at ‘Battian Wala Chowk” at Kotkapura on October 14 to mark the day when Punjab police had opened fire at Sikhs, who were demanding arrest of culprits who had committed beadbi of Guru Granth Sahib at Bargari village. 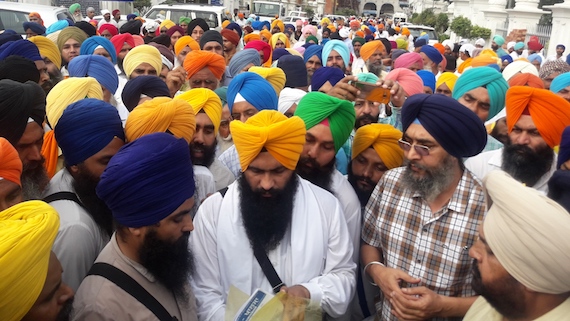 Notably on 14 October 2015, at early hours, the Punjab police had resorted to lathicharge and opened fire on Sikhs who were staging a peaceful dharna at Battian Wala Chowk, Kotkapura. After getting the chowk cleared, a police party led by the then Moga SSP Charanjit Sharma and others had went to Behbal Kalan village where it opened gunfire on Sikhs killing two persons.