Jalandhar: A number of Sikh, Bahujan and Muslim activists held a joint protest at Jalandhar on August 15, which is marked annually as independence day by the Indian state. It is learnt that activists belonging to Dal Khalsa, Shiromani Akali Dal Amritsar (Mann), Rashtriya Muslim Morcha, Bhaujan Kranti Morcha, Sikh Youth Federation Bhindrawale (SYFB) and Akal Federation participated in this protest.

According to the organisers they were taken due precautions in wake of COVID-19 and held a march in the Jalandhar city with black flags.

It is learnt that similar protest were held in other parts of Punjab also. Images of similar protests in Tarn Taran and Hoshiarpur have already surfaced over the social media.

As per reports, the protesters were taken into custody by the Indian state’s police in Jalandhar. More details were awaited at the time of writing this news. 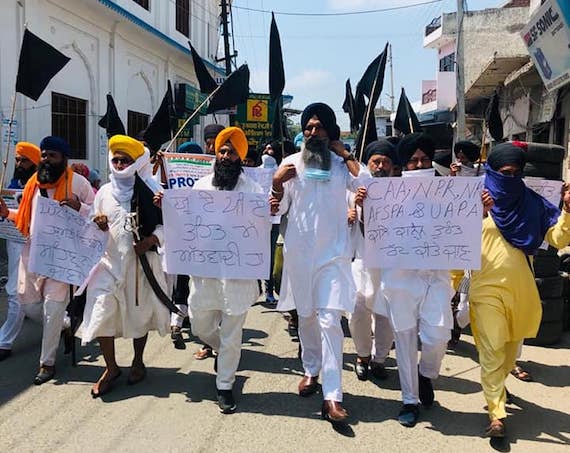 A view of protest in Tarn Taran 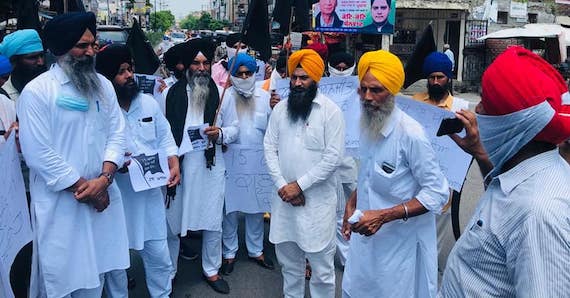 Another view of protest in Tarn Taran 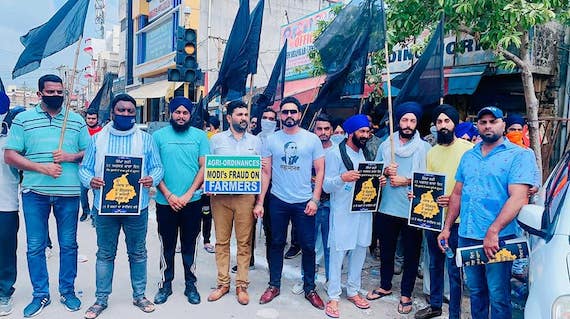 Another view of protest in Hoshiarpur 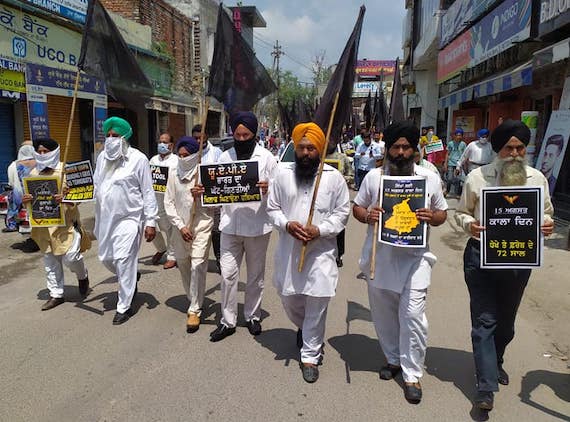 A view of protest in Hoshiarpur