Sikhs irked over reinstatement of Uttam Chand as SSP of Jammu

Jammu: The state government of Jammu and Kashmir has reportedly ordered to instate Uttam Chand as SSP of Jammu. He was transferred from Jammu after Jammu police had used gun-force against Sikh youth, killing one young Sikh, back in June. Sikh organizations have been strongly condemned government’s decision to reinstate Uttam Chand. 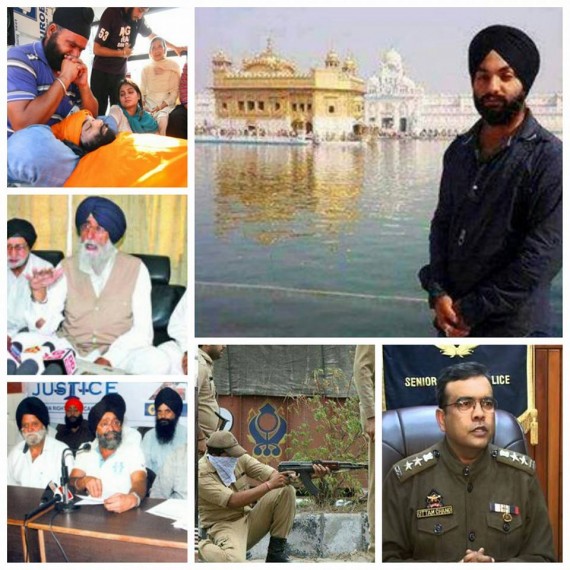 In a press conference held at PWD Guest House Jammu on Sept. 20 Shiromani Akali Dal (Amritsar) president Simranjeet Singh Mann stated that SSP Uttam Chand is a co-accused in the murder of Shaheed Bhai Jasjeet Singh which took place on 4 June 2015 at Gadi Garh Jammu and the attempted murder of Gurdev Singh, Havneet Singh, Ranbir Singh and Inderjeet Singh who were critically injured and are still under treatment.

Simranjeet Singh Mann demanded the immediate withdrawal of the orders which add to the injuries of the Sikh community. He stressed upon the unity among Sikh community for redressal of their grievances.

Meanwhile in another press conference held by elected members of District Gurdwara Parbandak Committee Jammu, Avtar Singh Khalsa and others also criticised bringing back of Uttam Chand as SSP Jammu and playing with the sentiments of Sikh Community.

He said that the community remains distraught over the events that transpired on 4 June 2015 during which one Sikh youth was killed and four others seriously injured under the on-spot command of SSP Uttam Chand.