New Delhi, India (Nov. 03): The assembly of Sikhs, Kashmiris, Tamils and Naga representatives of nationalities gathered at Jantar Mantar to pay homage to those who were killed in November 1984, repeatedly sought the right to self-determination as the only solution to ensure that carnages like November 1984 do not recur again in Punjab, Kashmir, Tamil Nadu and Nagaland.

Political leaders who claimed to be revolutionary leaders committed to the cause of freedom of various nationalities gathered in Delhi to vent anger against the Indian state and said that as India has failed not only to provide justice but also to provide a resolution to the political conflict in various regions of the Indian sub-continent, it was imperative to make a joint appeal to the United Nations. 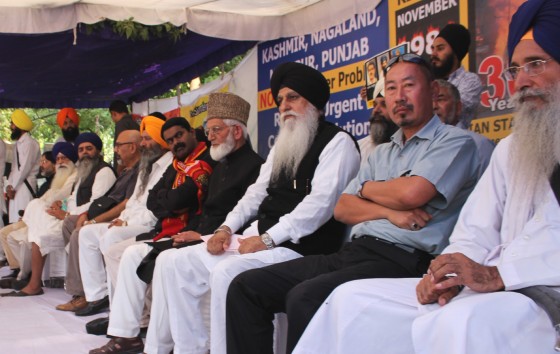 The representation to the UN Secretary General submitted at the offices of the UN Information Centre clearly demands, “What the UN did in Sri Lanka in indicting the Sinhalese armed forces and the political establishment, it needs to do for the genocidal attack on the Sikhs in November 1984.” 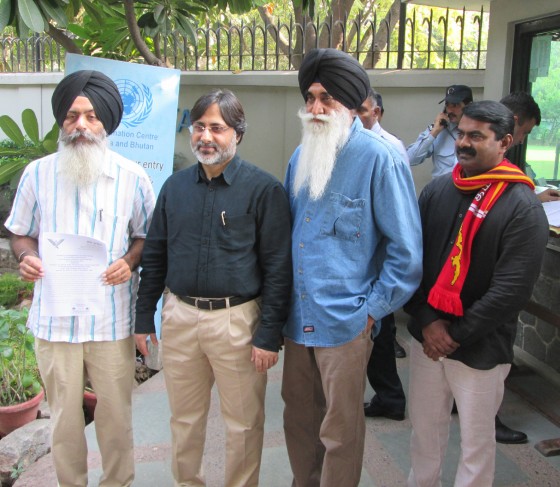 The memorandum sought a probe into the role of all arms of the Indian state in the killings of November 1984 on the lines of a UN internal probe in the killings of Tamils in Sri Lanka and similarly a resolution on the lines of the US sponsored 2012 resolution indicting Sri Lanka of crimes against humanity. What we yearn is that when will such an internal probe be carried out by United Nations for November 1984 when all arms of the Indian state conspired and carried out a well-planned, well-orchestrated and well-executed killings of the Sikhs?

In an unprecedented move, which can raise the hackles of the Indian government, led by radical Sikh organization Dal Khalsa, representatives of Sikh, Kashmiri, Tamil and Naga political parties participated in a Rights and Justice March from Gurdwara Bangla Sahib to Jantar Mantar and held a rally there where in representatives had come from Punjab, Tamil Nadu, Kashmir and the North-East. The leadership then went to the United Nations Information Centre and submitted a 5 page memorandum which narrated the case of the nationalities and listed a charter of demands seeking justice and self-determination from the Secretary General of the United Nations.

The memorandum demanded that “The United Nations must set up a Rehabilitation Centre for Victims and survivors of Torture, harassment and for relatives of victims, with special facilities for counseling and wellness of the affected individuals.” 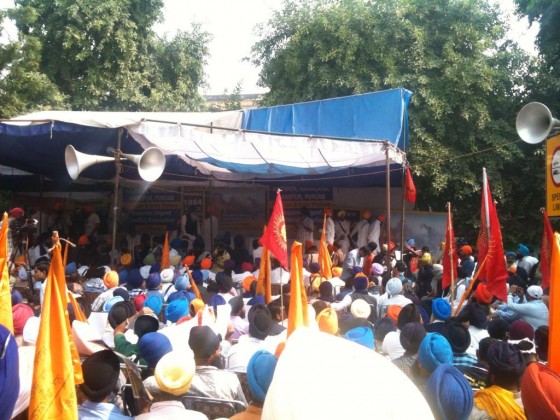 The memorandum says that “India is not one nation –it is a conglomerate of various nationalities who have different aspirations and who have been assimilated into the country through deceit, chicanery and brute force.” The memorandum further said that the present Indian government is working hard and overtime to convert India into a Hindu state, reducing other nationalities to subservient slaves or second-class citizens. Strongly advocating that this was not acceptable, the leaders reiterated that like the citizens of Quebec and Scotland, there was no choice but to hold a referendum to decide the destiny of the struggling nationalities. The alternative possibility of remaining subsumed into the Indian Hindu cosmos design is neither respectable, nor tolerable, nor acceptable.