Fresno: An update by the Sikh Coalition says [o]n the morning of December 26, 2015, Amrik Singh Bal was assaulted on his way to work. Two young men driving in a car pulled over after seeing the elderly Amrik Singh Bal, who wears a turban and keeps an unshorn beard in accordance with his Sikh faith. The assailants yelled, beat Mr. Bal with their fists and hit him with their vehicle.

The impact from the car knocked Mr. Bal unconscious after he fell and hit his head. Mr. Bal sustained a broken collarbone, cuts that required stitches and bruising on his hands. The police have not yet apprehended the perpetrators.

The Sikh Coalition is representing Mr. Bal in the case and the Fresno Police Department is investigating the case as a hate crime. “This is a clear hate crime and we’re grateful for the quick response from law enforcement to treat it as such,” said the Sikh Coalition’s Legal Director, Harsimran Kaur. 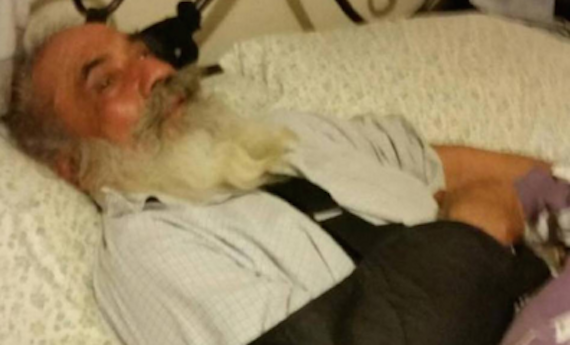 Through the leadership of the local sangat, the Fresno community has rallied around Mr. Bal and his family and at least $14,000 has been raised for information leading to the arrest of the perpetrators.

“We commend Iqbal (Ike) Grewal of the Sikh Council of Central California, Fresno Police Chief Jerry Dyer, and the Jakara Movement which hosted a town hall meeting in response to the incident,” said Harsimran Kaur. “The collective efforts of local leaders are making a real difference.”

In addition, on January 1, 2016, a Sikh man, 68-year-old Gurcharan Singh Gill, was stabbed to death at a convenience store where he worked in Fresno, California. The Sikh Coalition has also communicated with Chief Dyer about this case. Though the attacker’s motive is currently unknown, given the recent backlash against religious minorities, the Fresno Police Department has not ruled out the possibility of a hate crime. The Fresno police and the local community has raised $10,000 for any information to help solve the Gill murder.

As per the update issued by the Sikh Coalition, the US based civil rights and advocacy group has witnessed a marked increase in hate crimes and profiling of Sikhs in the aftermath of the San Bernardino tragedy.

“In December alone, the Sikh Coalition received three times as many requests for legal assistance compared to previous years”, reads the update.

“We urge Sikhs to exercise extra vigilance and caution. Please notify law enforcement of any threats or violence and contact the Sikh Coalition at 212-655-3095 or online here. In addition, we urge community members to review our FAQ guide on hate crimes, hate speech and how to report incidents to the authorities and to the Sikh Coalition” it reads further.