SAD (A) president Simranjeet Singh Mann accused Sushma Swaraj for not doing enough for the Sikhs who were blacklisted by the Indian government after the events of 1984.

“Lalit Modi is a criminal, a fugitive from justice and has taken refuge in Great Britain to escape trial,” he said. 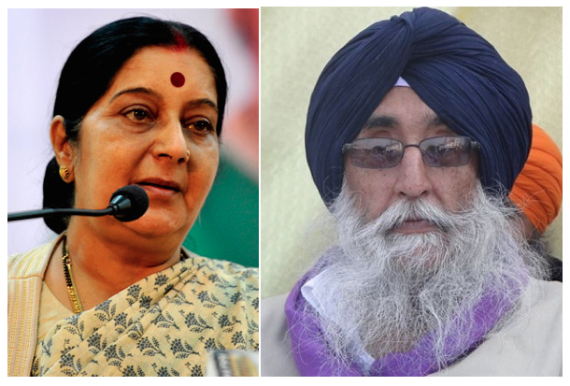 By asking the British government to help Lalit, Swaraj has defiled her position and office as the Foreign Minister, he said. Mann also drew parallels between the Foreign minister ‘helping’ former IPL chief and ‘doing nothing’ about the Sikhs blacklisted by the Indian Government after the 1984.

“If she is helping Lalit for humanitarian reasons then since 1984, there are hundreds of Sikhs on the blacklist made by the Union government. These Sikhs can not enter India as they are not given visas. For that matters, she has also not done anything for the 39 Punjabis captured by ISIS in Iraq,” he said.

Swaraj should start scraping that list as charity begins at home, Mann said.